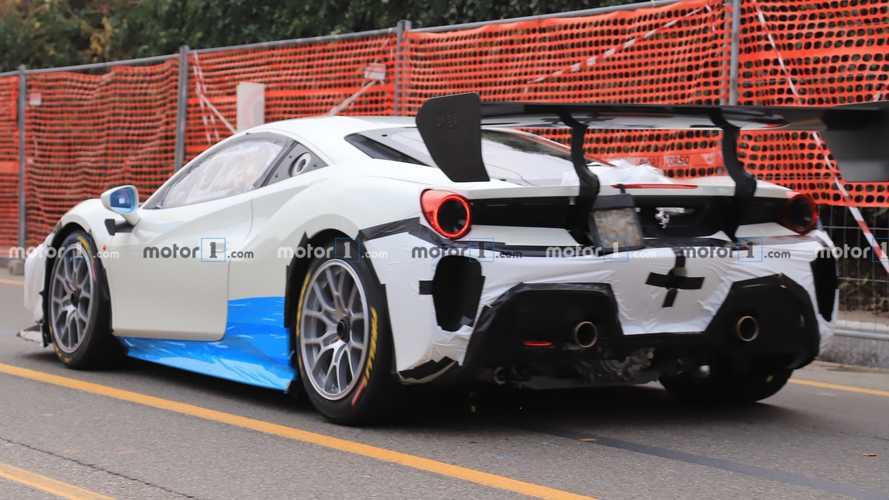 A race car for the road?

It’s safe to say Ferrari has had one of its busiest years ever in terms of new product launches as the Prancing Horse introduced a total of five new cars in 2019. They got the ball rolling with the F8 Tributo in March to replace the 488 GTB, followed by the hyper-hybrid SF90 Stradale in May, the F8 Spider and 812 GTS convertibles in September, and earlier this month with the Roma grand tourer. Also worth mentioning is the one-off P80/C unveiled in March, plus the 488 Challenge Evo and 488 GT3 Evo race cars launched about a month ago.

It appears more exciting things are happening in Maranello as this wild prototype was recently spotted by Motor1.com reader Lev right in front of Ferrari’s home. We are tempted to believe it’s the aforementioned 488 Challenge Evo as the updated styling of the track-only machine matches the aggressive bodywork of this camouflaged prototype.

However, we’re a bit puzzled by the fact it’s being tested on public roads since it would make more sense to evaluate prototypes on a race track where the Evo belongs. After all, the 488 Challenge Evo will be restricted to the circuit. It’s also interesting the car is wearing camouflage even though it was officially unveiled on October 28 during the Ferrari Finali Mondiali at the Mugello Circuit.

Some would be tempted to assume this is a test mule for a future road-legal, track-focused model or that Ferrari is testing a new engine, but we have no proof of either. For the time being, we’re going to consider it as a prototype related to the 488 Challenge Evo as it even has the small wing with an endplate underneath the side mirror. It was introduced on the Evo model to channel the airflow towards the intercooler as part of a new aero package to make the race car even sleeker than before.

Ferrari will be launching 10 additional cars until the end of 2022, but next year it’ll slow things down by introducing fewer models. Like it or not, the most important of them all will be the Purosangue, serving as the company’s very first SUV. Further down the line and considering Ferrari tends to launch a new hypercar roughly once every ten years, a successor to the 2013 LaFerrari should arrive before the middle of the next decade.

Special thanks go to Lev for sending us the spy shots!