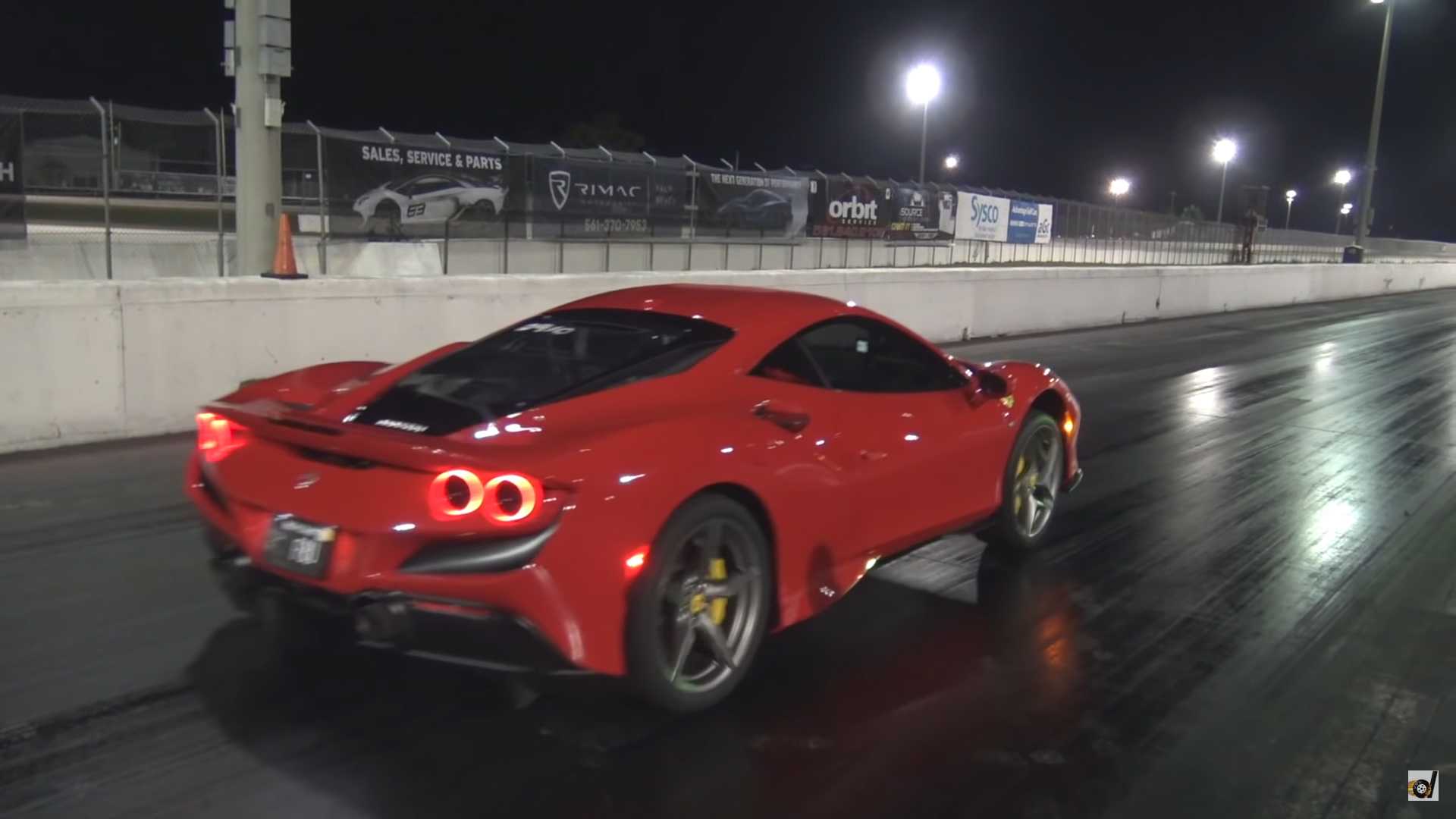 Aside from sticky tires, the car is bone stock.

What do the Dodge Challenger SRT Demon and a Ferrari F8 Tributo have in common? Not much, aside from being offered in shades of red and packing boosted V8 power. Oh, there's one other thing the two performance beasts share. Each one can do a freakin' wheelie at the drag strip. Really? Yeah, really.

We highly doubt Ferrari engineers had drag strip holeshot wheelies in mind when developing the F8 Tributo. The Prancing Horse is more at home on a twisty road course, but there's no denying its twin-turbocharged 3.9-liter V8 is plenty capable of sending the supercar through a quarter-mile sprint with extreme haste. Ferrari says it will hit 60 mph in 2.9 seconds and reach 211 mph flat-out, thanks to 720 horsepower (530 kilowatts) mounted behind the driver. However, as this new Dragtimes video shows, that rear-biased weight distribution also gives the F8 Tributo some serious grip for hard launches.

Doing a wheelie in a Ferrari isn't a simple act of nailing the throttle, however. According to the video, this car is completely stock and on Pirelli street tires, it ran 10.33 at 138 mph with an impressive 1.7-second 60-foot time. Curiously, switching to Toyo Proxes R888R competition tires on the back saw the Ferrari make an identical run, right down to the 1.7-second launch. The runs were done in race mode using launch control, but with some fiddling of the Tributo's plethora of launch and suspension settings, the time dropped to 10.12 with a trap speed of 142 mph and a 1.67-second 60-foot time. Could the Ferrari make a nine-second run?

The wheelie run saw the F8 arrive at the track on a new night, early on while the starting line was still very sticky. Using a burnout feature to both heat up the tires and launch at higher RPM, the Ferrari literally leapt off the line, clearly lifting the front wheels off the ground. Unfortunately, the aggressive launch also led to some tire spin, and the run was much slower. But under perfect conditions and a bit more practice with the Tributo's various drive modes, a nine-second run could be possible.

But alas, it hasn't happened yet.