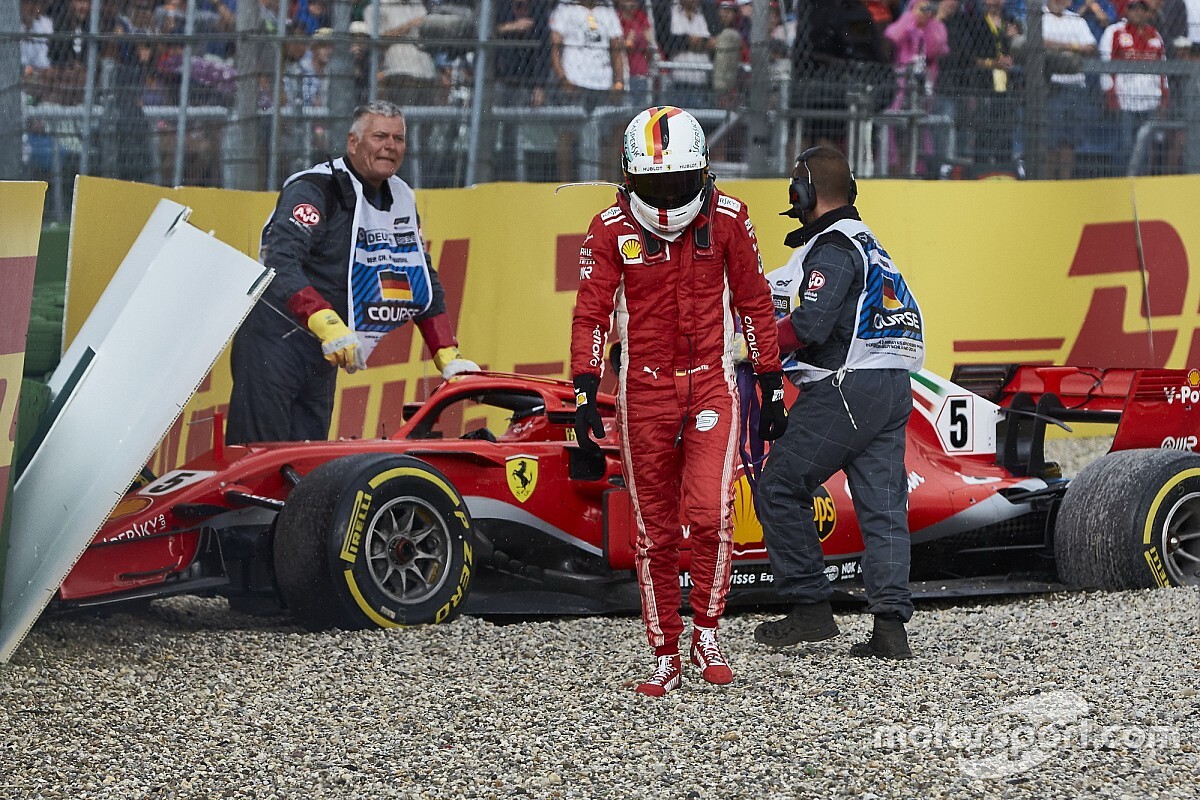 Sebastian Vettel’s failure to deliver all he wanted at Ferrari was triggered by "insecurity" as a result of his 2018 German Grand Prix crash, says confidant Helmut Marko.

The four-time world champion had hoped to add more title success at Ferrari after joining the team in 2015, but in the end he fell short of that target and the team elected not to continue with him for this year.

Amid some fairly public struggles over the past two years, which have included lacklustre performances and driver errors, some have questioned whether Vettel has past his best as an F1 driver.

Marko believes that Vettel has indeed lost his confidence at Ferrari in recent years, and that is all a legacy of what happened at Hockenheim in 2018.

Back then, Vettel was at the top of the world championship standing and leading from pole position in the race, when he made an unforced error and crashed out in light rain conditions. The incident opened the door for eventual champion Lewis Hamilton to take a crucial win.

Marko thinks there was a lasting impact from Vettel's error, that carried over as the team moved from having Maurizio Arrivabene as team principal to Mattia Binotto taking over.

"I think it's an insecurity that started in my eyes with the crash at Hockenheim in 2018, while leading,” Marko told Motorsport.com in an exclusive interview.

“At that time Arrivabene was still team principal. From then on, the relationship with Ferrari has gone from bad to worse.

“How far he was disadvantaged in terms of material, I can't say, but it has to be said that he made far too many mistakes on his own.

“With this crash, the uncertainty set in, and the driving was then very often not at a Vettel level."

Asked if he believed Vettel could rediscover his peak form when he joins Aston Martin for this year, Marko said: “I hope so, for his sake."

Marko and Vettel created a strong bond at Red Bull, with the German taking all four of his world titles for the Milton Keynes-based team.

Vettel had been linked early last year with a potential return to Red Bull amid uncertainty over his F1 future, but the team was clear that it never considered him at the time he was available because it was committed to Alex Albon at that point.

In the end, Vettel signed for Aston Martin and Red Bull opted to go for Sergio Perez instead as Max Verstappen’s teammate for 2021.