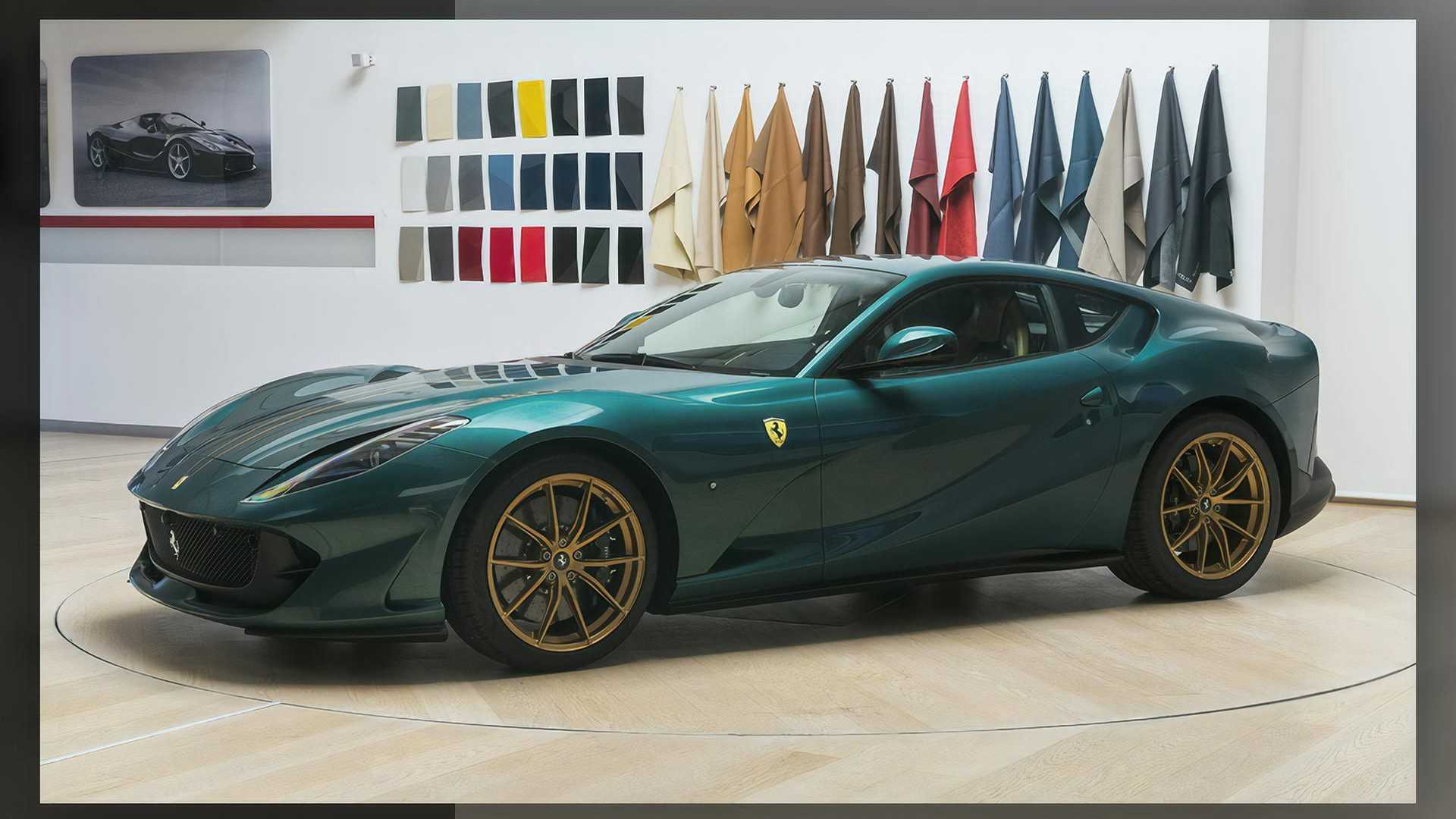 Because a stock V12 Ferrari is too mundane.

One of the main perks of having the means to shop for a new car at the highest end of the market is being able to fully customize it. Most luxury automakers have a bespoke division allowing customers to pick from an impressively rich color palette and a multitude of interior personalization options. Case in point, Ferrari will turn an already special car like the 812 Superfast into an automotive jewel with a special finish.

Maranello’s Tailor Made arm had the pleasure of working on the naturally aspirated V12 supercar and gave it a “Verde Pino” body color. The teal-painted Superfast rides on gold wheels and boasts dual hood central stripes finished in the same shade as the fancy shoes. Whoever commissioned this spec certainly had good tastes as the 812 looks absolutely amazing.

Stepping inside the cabin, the seats come wrapped in a type of leather called “Heritage Ghianda,” with “ghianda” being the Italian word for “acorn.” Ferrari spruced things up a bit by using fabric inserts known as “Kvadrat Umami” for the central section of the backrest and seat bottom. Opaque black accents were used for the dashboard, steering wheel, and central tunnel, while the Heritage Ghianda leather surfaces and Oro Lucido (shiny gold) areas mirror the car’s exterior spec.

Ferrari has a long history of churning out highly bespoke cars, culminating with its series of one-offs that have different bodies and unique interior finishes. The most recent example happens to be based on the same 812 Superfast, but with a whole new exterior appearance and the “Omologata” name. Since 2009, the Prancing Horse has created no fewer than ten V12 unique cars, on top of these heavily customized “normal” Ferraris.

Check Out Other Fancy Ferraris:

The 812 Superfast is on the verge of spawning an even sportier version tentatively called the 812 GTO with more power and possibly a weight loss. Ferrari has been testing it for quite a while and is expected to unveil the meaner Superfast in the following months.