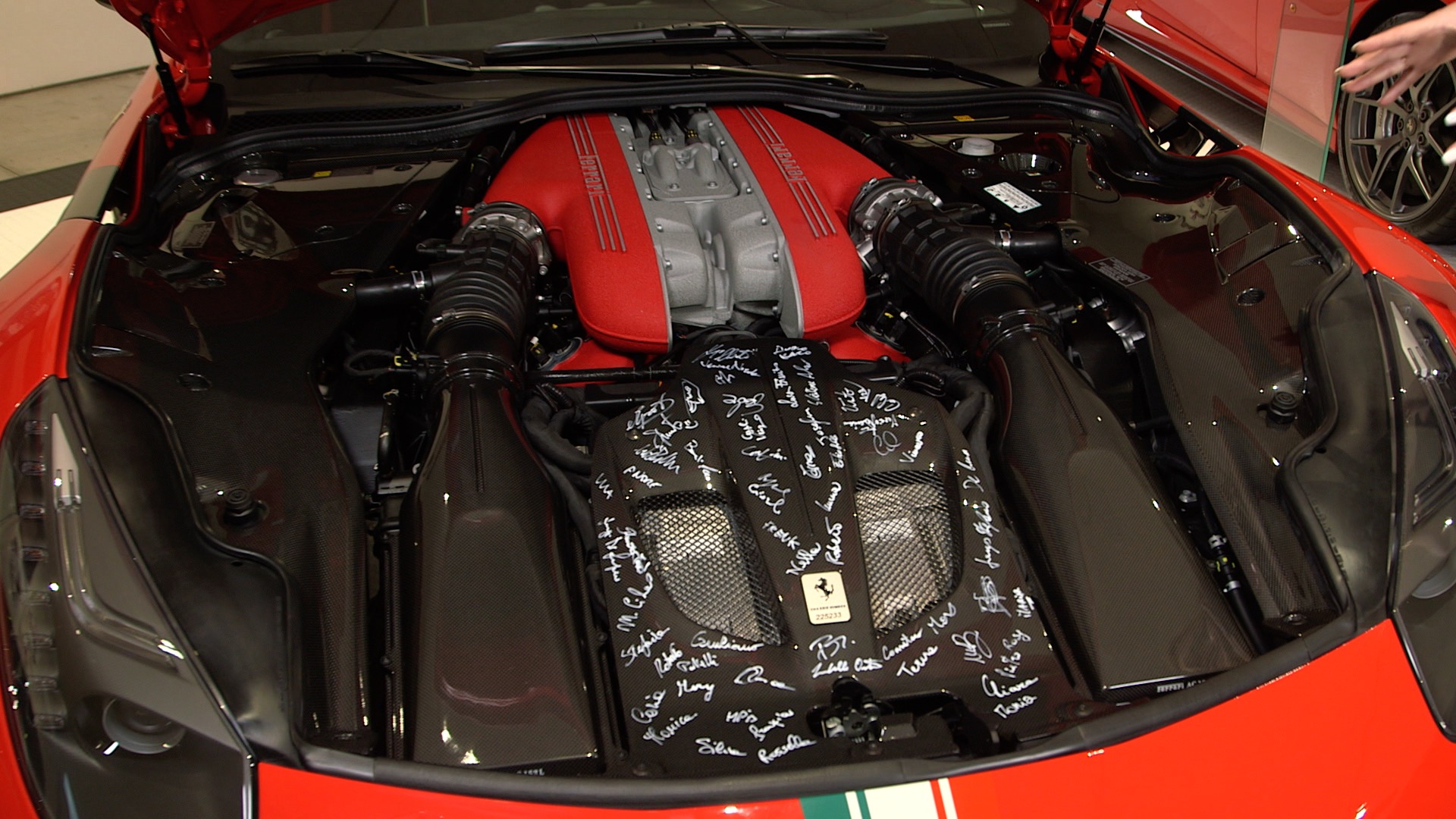 5 Things You Didn’t Know About The Ferrari F12tdf

Julia Piquet presents 5 things you probably didn't know about the Ferrari F12tdf, from the Motorsport Network global headquarters in Miami

Ok, you may have known that, but do you know which car dominated the Tour de France car race in the 1950s and 60s? That is the Ferrari 250 Berlinetta. And how many times did it win? That would be 9. Write it down, people. If you call yourself a Ferrari fan you need to know these stats.

It goes without saying that the Ferrari F12's 730hp is more than enough power to fly your way around a track, but the TDF needed more power of course. 769hp is absurd and legitimately unsafe in the hands of most people. Horsepower numbers are becoming white noise, but producing a much more beautiful sound.

And it upshifts 30% faster. With 6% shorter gear ratios, this transmission is probably one of the best ever put into a road car. Ferrari's transmission is already top of the industry, especially in terms of quickness and response, and in the TDF it is how much better?! We would spend more energy on this but we have a feeling the upcoming 812 Monza will probably be even more nuts.

The TDF's updated design is not all that different from the F12, but the subtle changes are phenomenal. Besides the fact that the new splitters, fenders, and spoiler are extremely attractive, they help generate about twice the downforce. The TDF gains all these gorgeous features and still weighs less than the F12. Carbon fiber magic.

Yeah there are more out there than the LaFerrari, but the Tour de France was only produced for one year. It's a certified hyper-exotic track monster and there is really nothing else like it. A 769hp naturally aspirated V12 Ferrari GT with a legendary namesake and jaw-dropping looks. It just might be cooler than the LaFerrari.