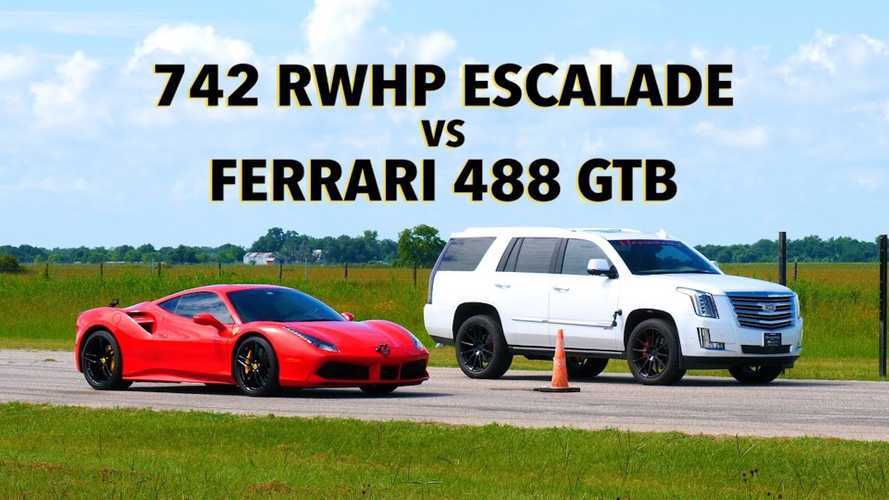 How would you know if the tuned SUV is fast enough? Race a supercar.

We can't deny that Hennessey has made a name in the aftermarket and tuning scene. The Texas tuner's creations are anything but anemic in power and speed has always been the goal by the company.

One of the latest creations of Hennessey is the upgraded Cadillac Escalade with HPE800 package. With 742 horsepower at the rear wheels, the boxy SUV is crossing the supercar category in terms of output. But how would you know that you've already made a fast SUV? That's right, race a supercar or better yet, challenge a Ferrari 488 GTB in a drag race. 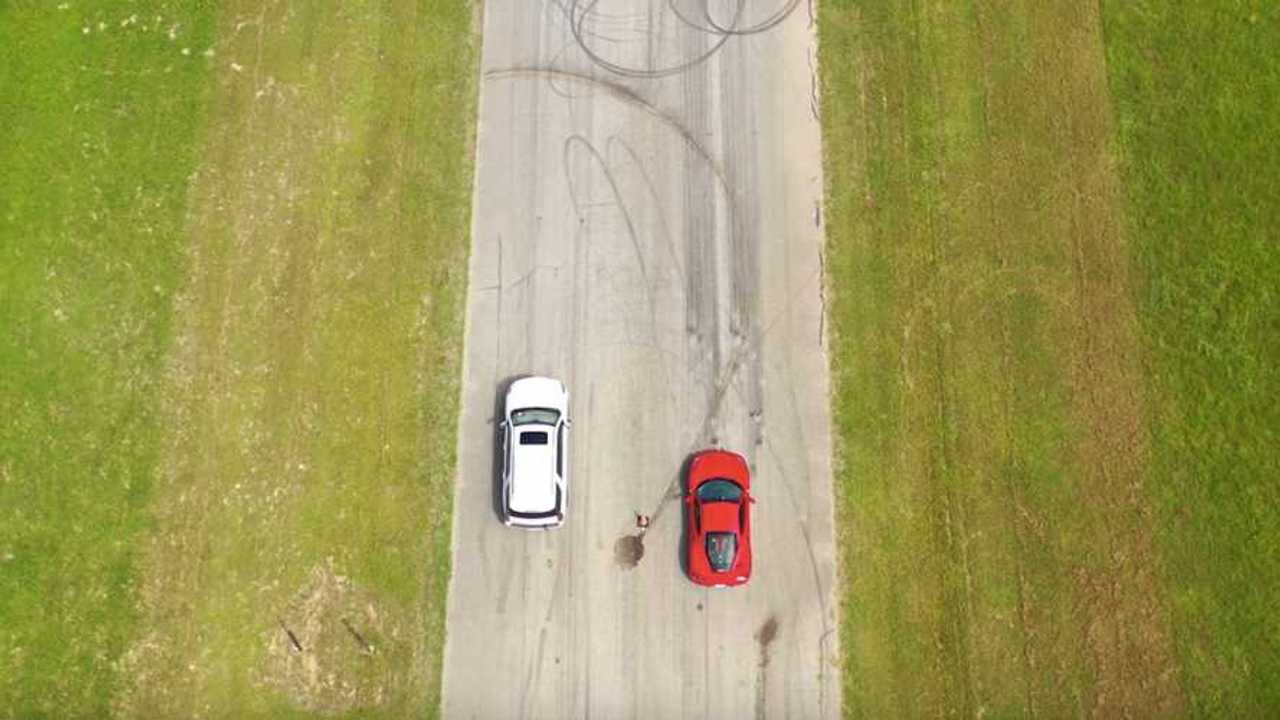 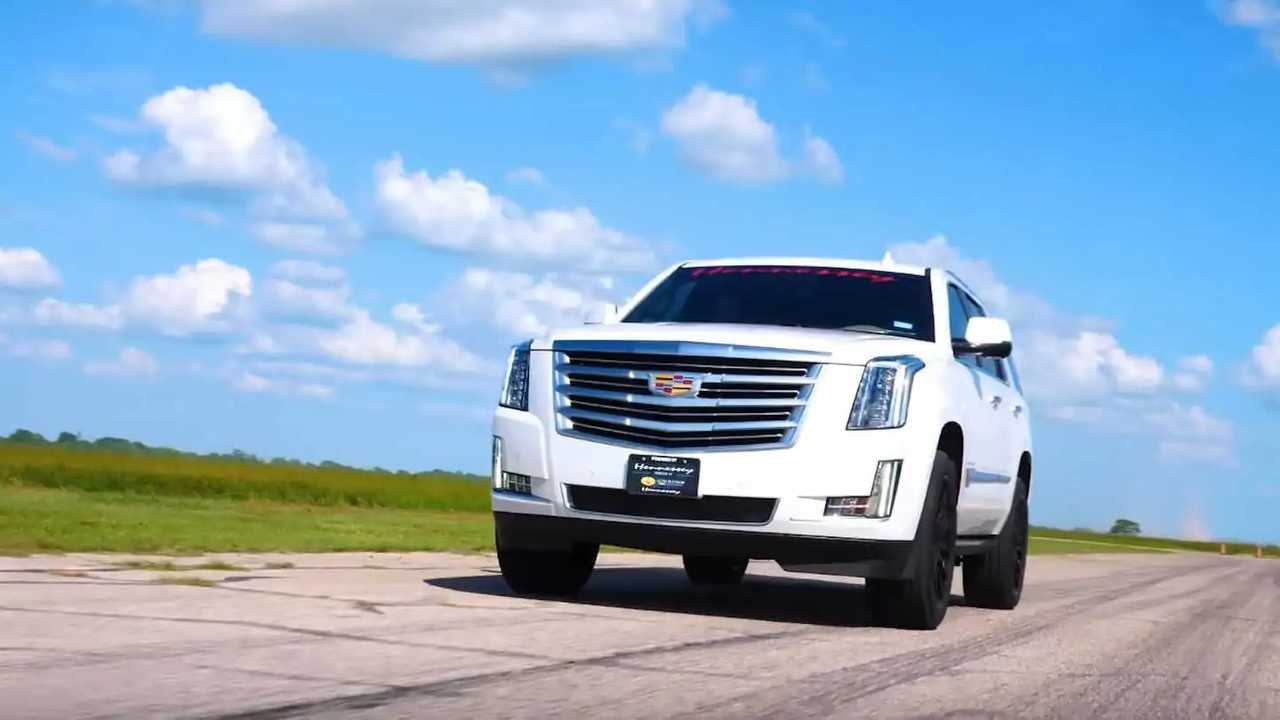 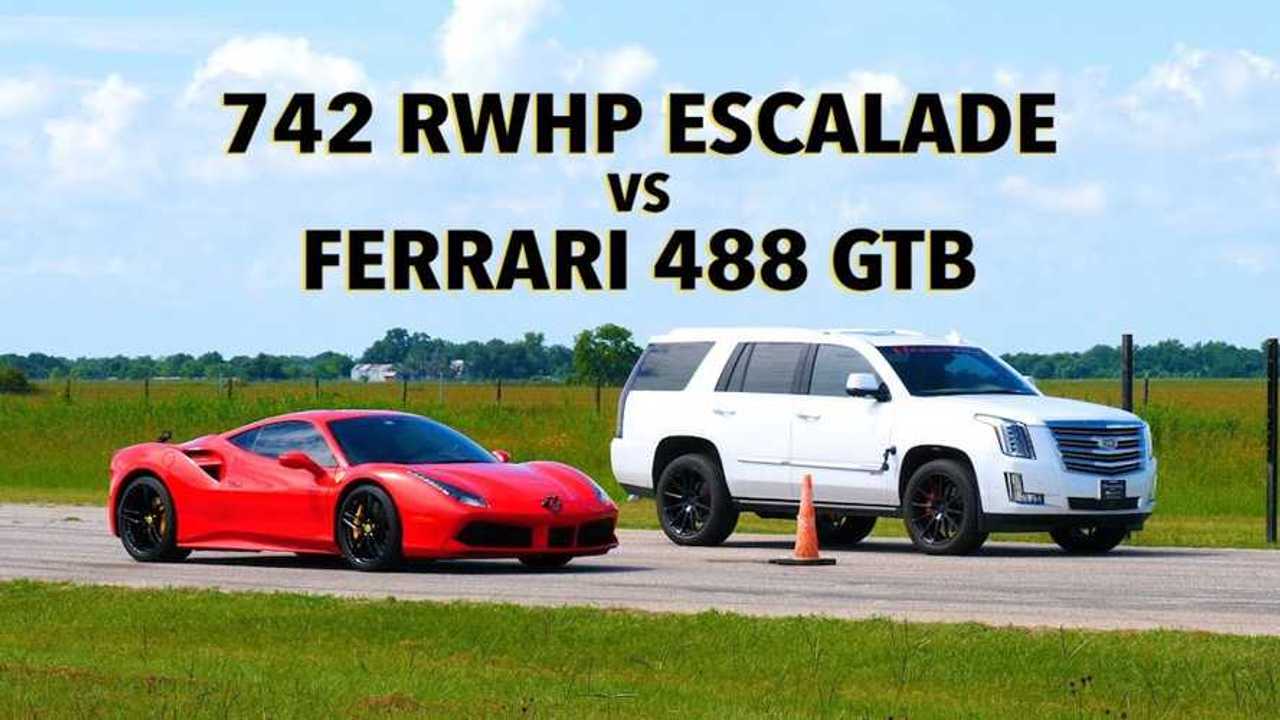 Looking at the spec sheet, the 488 GTB isn't far from the Hennessey Escalade. The Italian supercar produces 661 hp and 561 pound-feet of torque from its twin-turbo 3.9-liter engine. These output figures are then sent to the rear wheels via seven-speed F1 dual-clutch gearbox by Getrag.

The HPE800 Escalade, on the other hand, produces more – 742 hp at the rear wheels or officially declared as 805 hp at the flywheel. Maximum torque figure is at 812 lb-ft, also at the flywheel. With these numbers, the Hennessey Escalade can go from a complete standstill to 60 miles per hour in just 3.7 seconds.

Hennessey Versus Other Powerful Vehicles:

While the Hennessey-tune Escalade seems like at a complete advantage over the Ferrari in terms of power, the 488 GTB has the upper hand when it comes to weight. With that being said, it's interesting to see which of these cars is the fastest in a straight-line race.

Watch the video on top of this page to find out. While the results of the two runs are somewhat inconclusive, it's still a wonder how a boxy SUV can keep up with a supercar. Well, at least in a drag race. It's a different story if this was on a race track and we're comparing lap times.