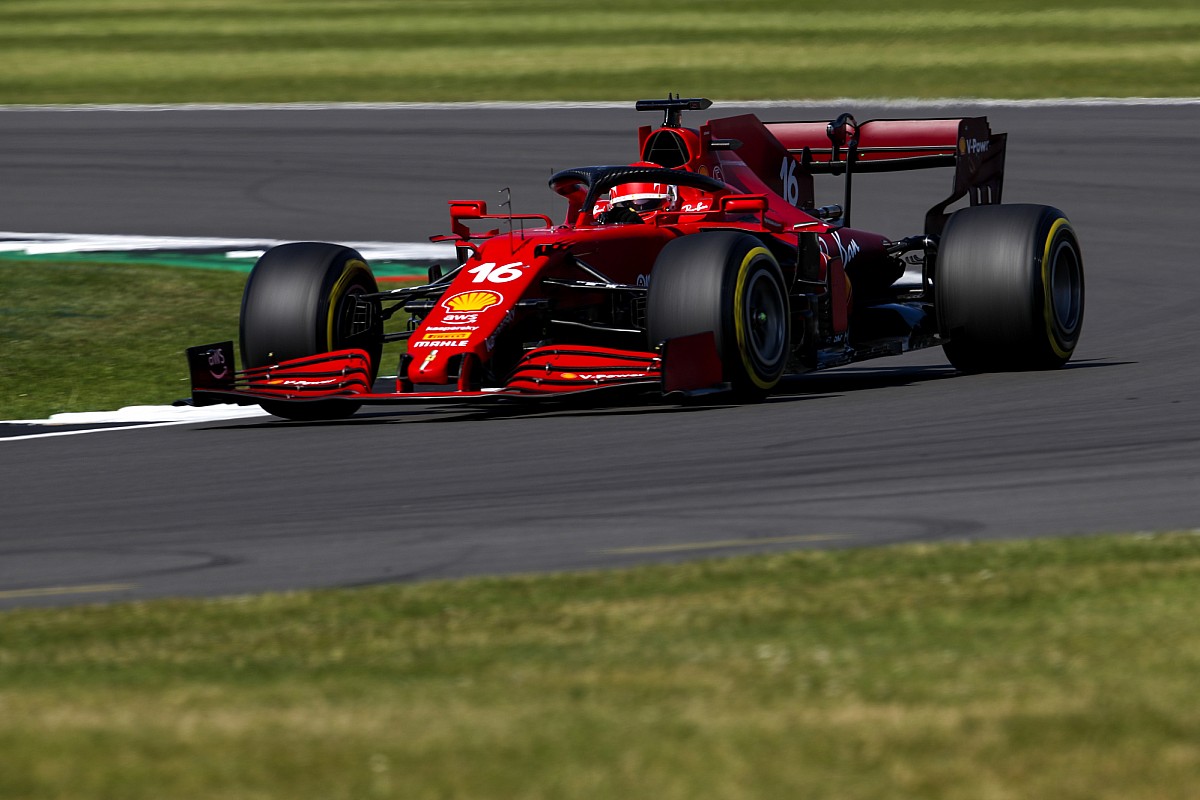 Ferrari Formula 1 team principal Mattia Binotto believes his team has cured most of its tyre problems, but admits his cars need clean air to be able to show its true pace.

Ferrari has shown flashes of speed during the 2021 F1 season, with Charles Leclerc's two poles in Monaco and Azerbaijan particularly highlighting the Scuderia's one-lap pace.

But on Sundays Ferrari has often been held back by tyre issues, its rubber overheating as it tried to keep pace with its competitors in the pack.

After a poor French Grand Prix out of the points, the team managed to outscore McLaren in Styria and again at last weekend's British Grand Prix, suggesting the Italian squad has at least partially got on top of its most critical issue.

At Silverstone, Leclerc led most of the race following the high-profile clash between Max Verstappen and Lewis Hamilton, but ultimately had to settle for second behind the resurgent Hamilton.

After analysing Ferrari's upturn in performance in Britain, team boss Binotto explained the opportunity to run in clear air has been the most crucial difference with previous races.

"I think if you look at the Austria comparisons, [Lando] Norris has been on the podium doing a fantastic race," Binotto said on Sunday night.

"But if we analyse his race pace in Austria was very similar to ours but we were simply stuck in the traffic. And I think being ahead from the start of the race is key somehow.

"Here Charles was ahead and in front, and we could do our own pace. If you compare our two drivers, one of the two is stuck behind them and the other, they have clean air.

"When Carlos was in clean air he had the pace of Charles. So, I think that's not our pace.

"I still think in front of us Lewis and Max have great speed. But I think we have recovered since France and that's the most important."

Leclerc being out in front for most of the race did appear to help mitigate any tyre issues the team still faces, but Binotto added that even in traffic the SF21's performance has improved after curing the front tyre problems that plagued Ferrari at Paul Ricard.

"After France where we had front tyre problems, I think that the team regrouped, worked on it, and somehow understood the weaknesses and somehow tried to address it," he explained.

"Now two races in a row that we had got good pace in the race, which has been our weakness as well at the start of this season, showing that as a team we were progressing and that is what I am more pleased about, which is certainly more important, as well for the second part of the season now.