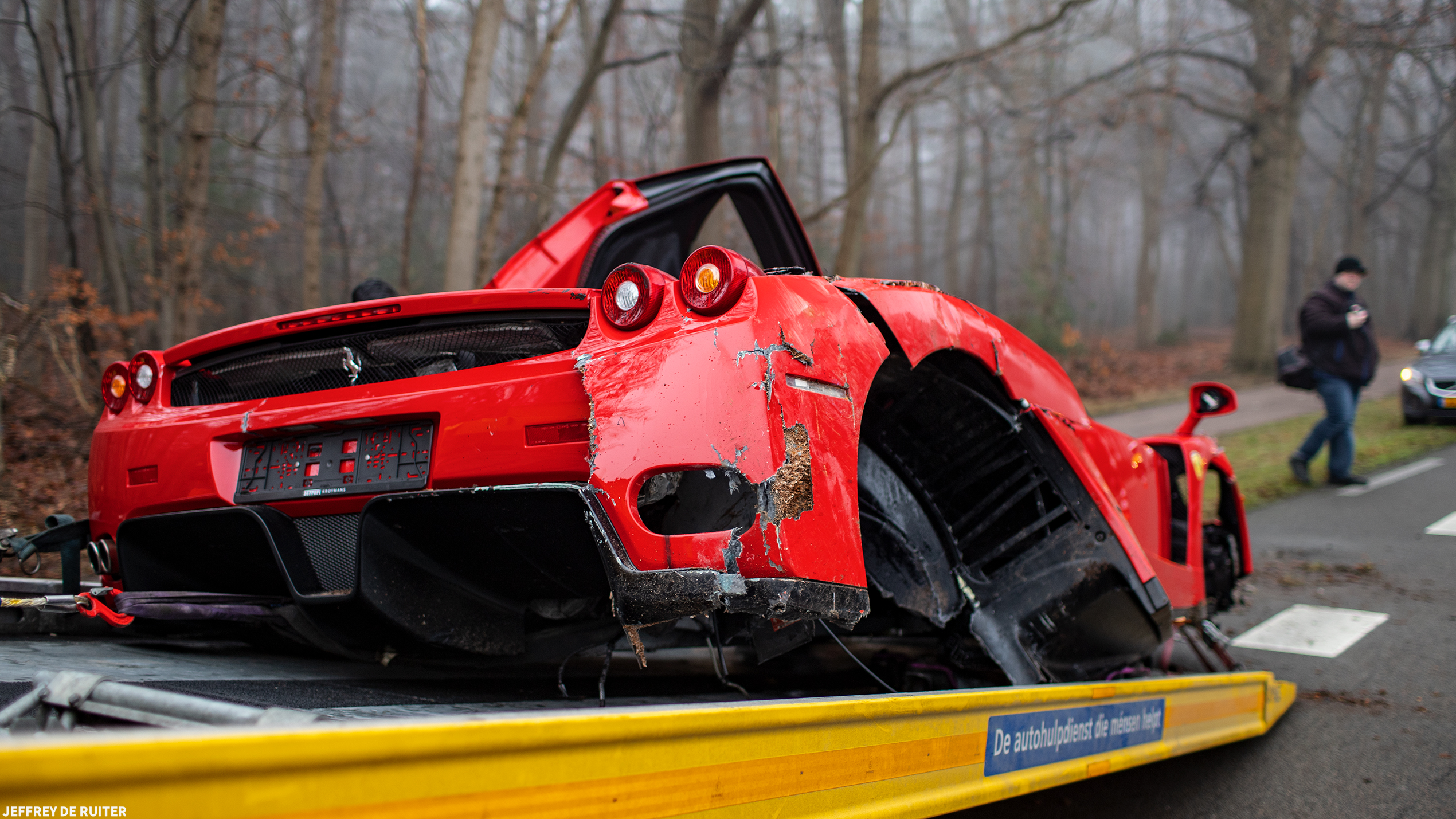 Ferrari Enzo Worth $3.5 Million Crashes in the Netherlands

650 horsepower and damp January roads are not a good mix.

Early Tuesday morning in the Netherlands, one of the most beloved and rare Ferrari models, the Ferrari Enzo, was involved in a crash that likely totaled the car. How rare is the Enzo? Only 3 of them are registered in the Netherlands. This example was worth close to $3.5 million.

According to De Telegraaf, this Enzo was purchased practically new 20 years ago for around $900k. This was not only an emotional loss for the car community, but clearly a huge loss financially. So who’s car was it and what happened? 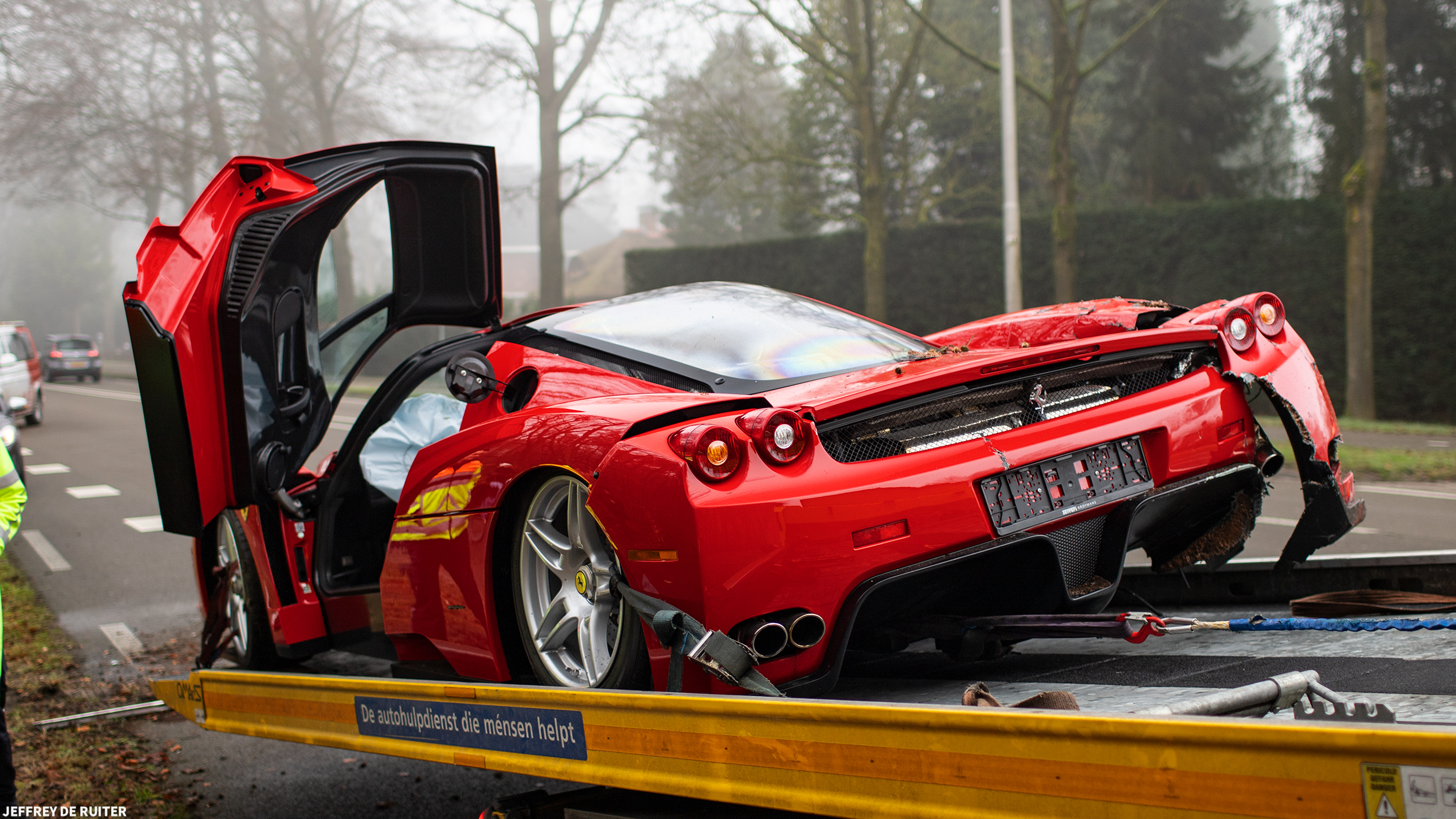 Sources say that the driver was likely not the owner, rather it was a mechanic from the local Ferrari dealer, Kroymans Automotive. While this word from the street has not been confirmed by Kroymans (and likely never will), people have pointed out that the wrecked F car has ‘garage plates’ on. Since we know Enzos are not daily-drivers, it’s safe to say this one wasn’t driven often and was likely being driven for a service reason.

As for the driver, De Telegraaf did mention the driver was injured, but there is no mention of how serious or life-threatening their condition is. Furthermore, considering the damage is mostly from a passenger-side rear impact, the driver should recover well physically. Financially, they may be finding another job soon, even if the shop has insurance to cover this accident! What will be interesting is finding out which mechanics are covered for which cars. Dealerships often only insure a couple of employees to drive their most expensive cars.

As for the details of what happened in the crash, it is a story of moisture, temperature, and 12 cylinders of fury. As noted earlier, this Enzo was likely not driven often, so the tires were likely not warmed up, and who knows when they were last changed? Then there’s the fact that the weather was in the low 40s and misty, so the road was quite slick! It would not take much power for a light-weight car like the Enzo to lose control. And considering the placement of damage, it looks like the back end got away from the driver and struck a tree.

The Ferrari Enzo is of course named after the founder, Enzo Ferrari, and was made in 2002 to commemorate his legacy, bringing advanced Formula 1 technology to the road. While it’s commonplace for supercars to have carbon bodies, paddle-shifters, and carbon-ceramic disc brakes, it was rare 20 years ago. The car even has active aerodynamics, though such technology is not allowed in F1. After today, less than 400 remain in the world. 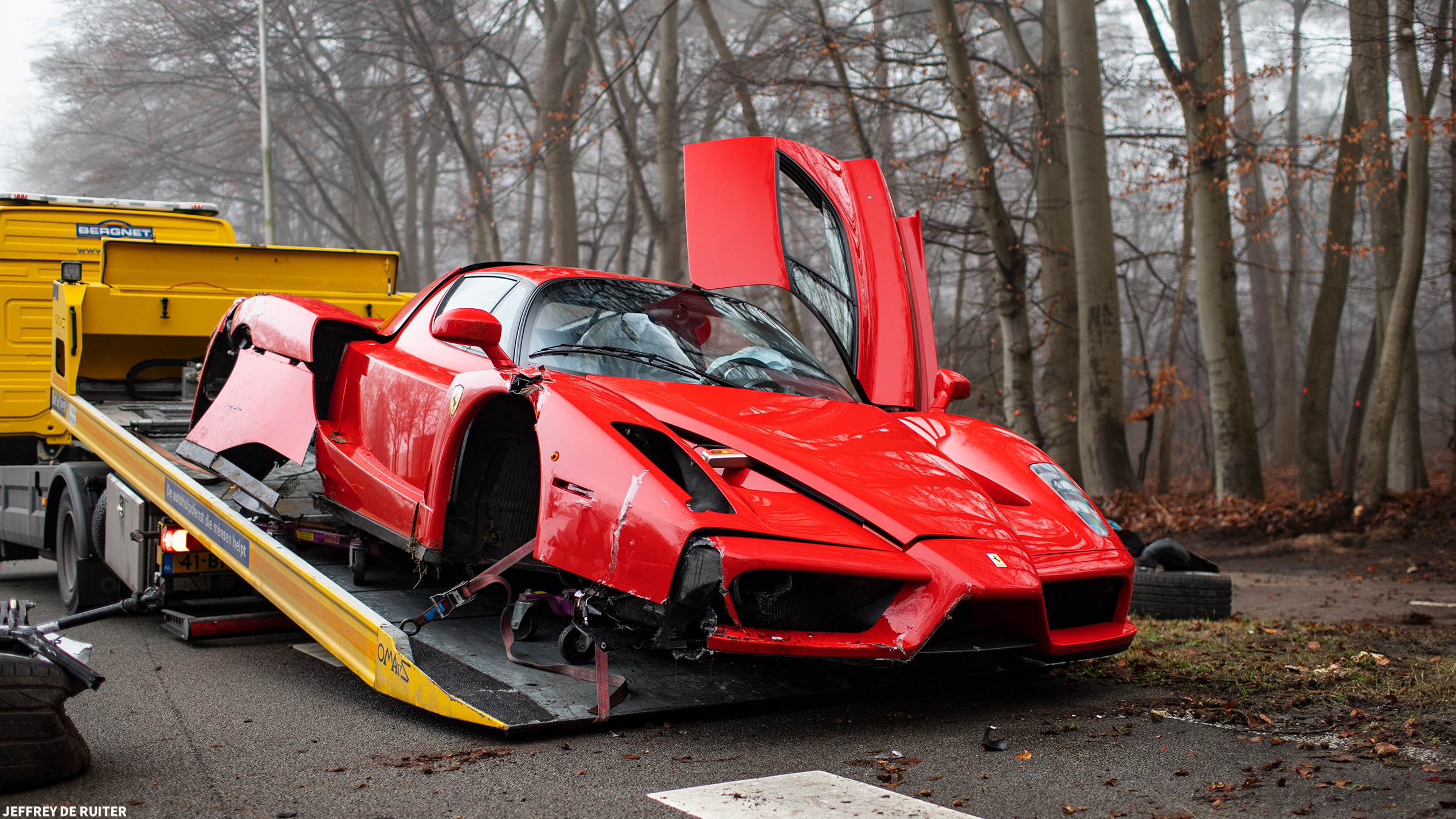