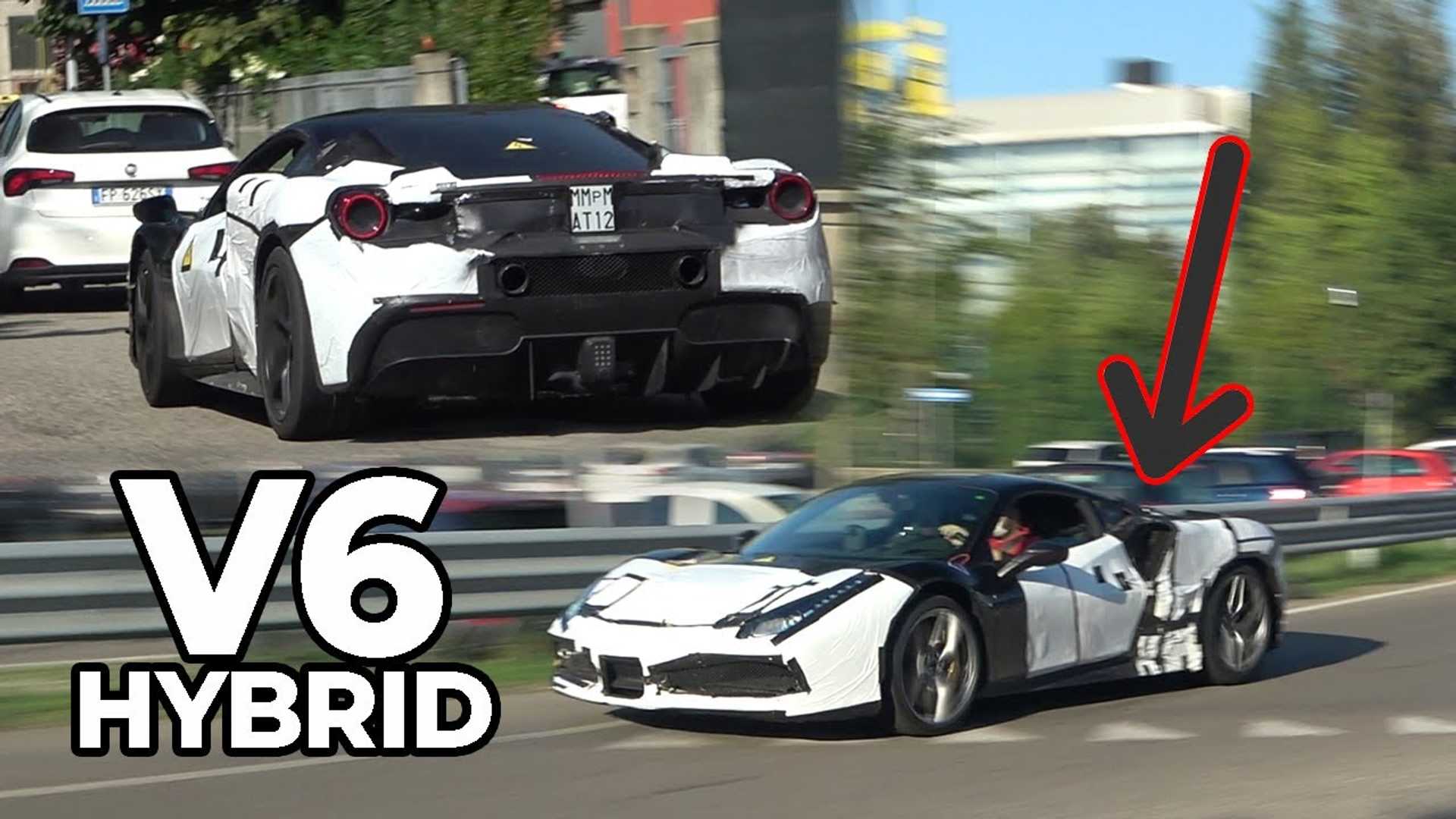 It will slot underneath the SF90 Stradale by downsizing from a hybrid V8 to a V6.

About two years ago, Ferrari made quite a few important announcements about how it plans to refresh and extend its lineup until the end of 2022. It talked about how it intends to roll out hybrids and a newly developed V6 engine for entry-level cars positioned below the company’s V8 and V12 offerings. Since then, we’ve already seen a new electrified Prancing Horse in the SF90 Stradale, but there’s so much more to come.

One of the models on the “to do” list is allegedly a hybrid V6 that spies have been spotting hiding underneath modified test mules heavily based on previous Ferrari models. Not one, but two such oddly-looking cars have been captured on camera by Varryx right in the heart of the Prancing Horse – in Maranello. Never mind the 488 bodies because these cars are not what they seem.

Attached below is an older batch of spy shots showing a different test mule.

The dead giveaway is the yellow high-voltage sticker applied on the doors, hood, and rear windshield. Then there’s the soundtrack you can hear in the adjacent video, which doesn’t seem as aggressive as in a V8-powered Ferrari. That’s to be expected given the smaller turbocharged engine the test mules likely had, while a gasoline particulate filter for Euro-spec cars might impact the noise furthermore.

It’s worth pointing out this isn’t the long-rumored Dino revival with a V6 engine. Ferrari refuted those reports in 2019 when chief commercial officer Enrico Galliera said the iconic moniker’s revival is not planned. While he didn’t completely rule out bringing back the Dino one day, it’s not going to happen anytime soon.

Whether this electrified V6 will be of the plug-in variety remains to be seen, but giving it a charging port like the SF90 Stradale has would likely result in a greater electric range. The hybrid V8 will do 16 miles (25 kilometers) in zero-emissions mode, which although far from ideal, it’s still a lot better than the LaFerrari’s virtually inexistent EV mode.

The spy video serves as a reminder that not even Ferrari is immune to electrification and the company has to adapt to stricter emissions regulations. That’s not to say the V12 is going away as the fabled Italian marque has vowed to keep the naturally aspirated powerhouse alive for as long as possible.