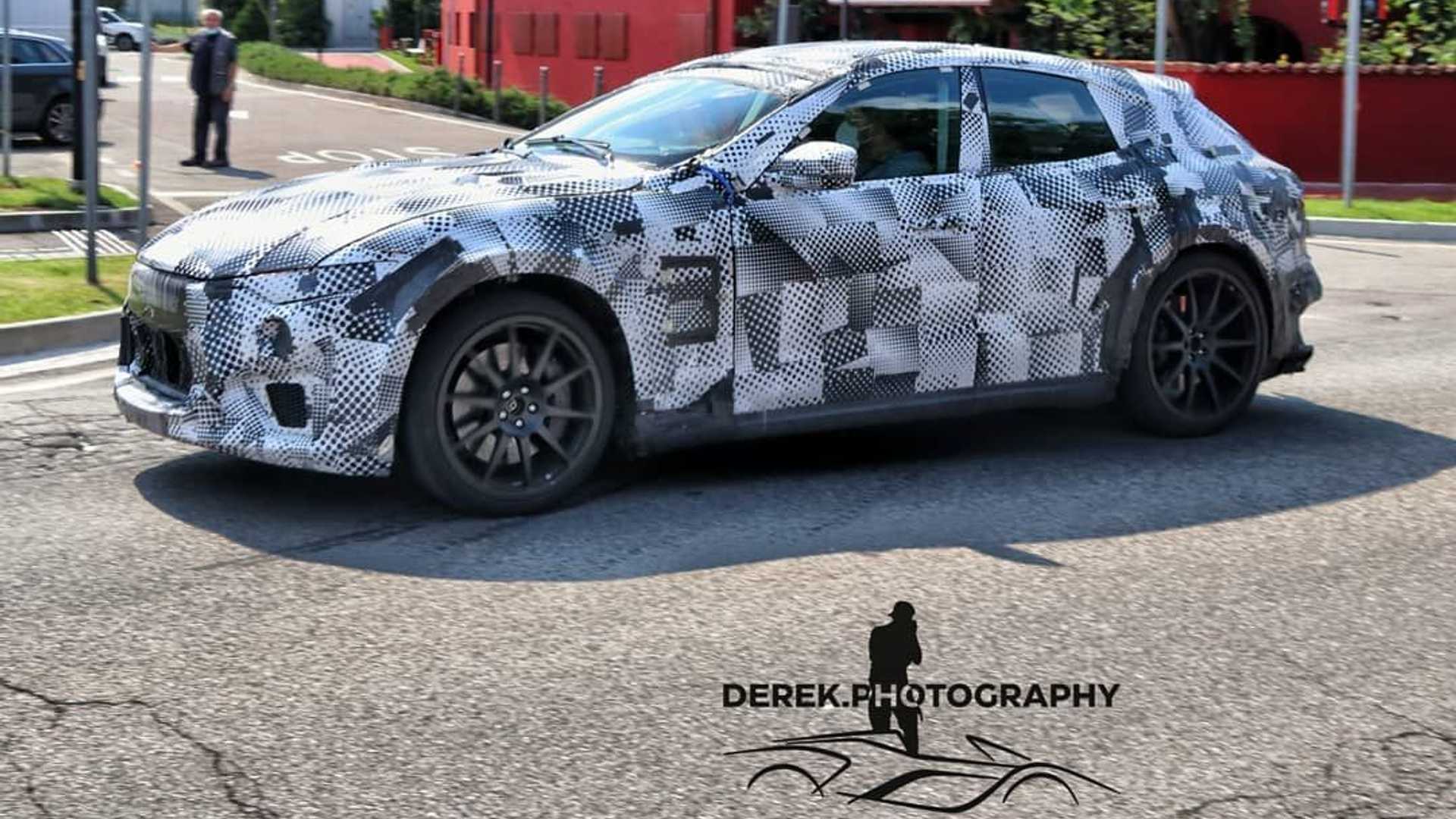 The hybrid V6 supercar Ferrari will unveil on Thursday (June 24) won't be the only addition to the stable as an entirely different breed will come to life in 2022. Serving as a little reminder a Ferrari SUV is coming, this oddly intriguing test mule shot by derek.photography has been spotted on the streets of Maranello looking quite familiar. Even though the body may say Levante, it's an entirely different vehicle underneath the Maserati skin.

The work-in-progress vehicle rides much lower to the ground and has huge gaps in the rear bumper where the quad exhaust tips suggest the Purosangue packs some serious power. Overall, we're getting the sensation Ferrari's SUV will be slightly smaller and more athletic than the Levante. That should come to life once prototypes will start wearing the final body. 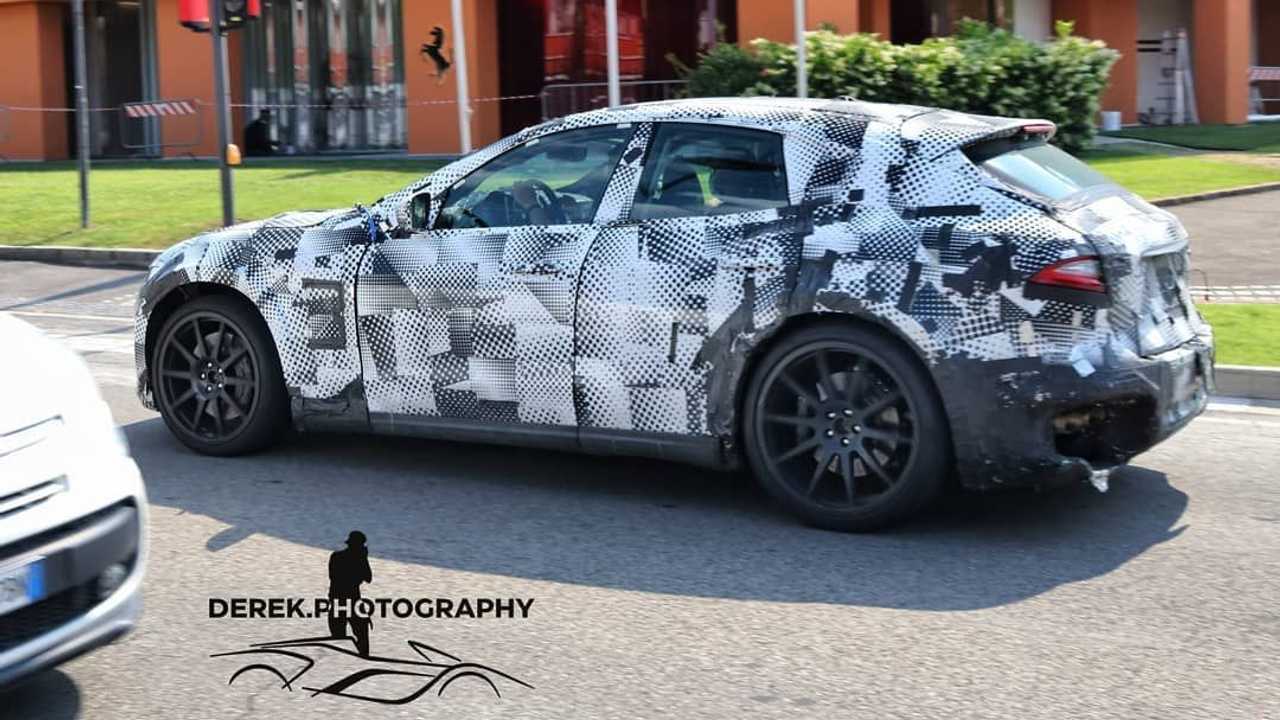 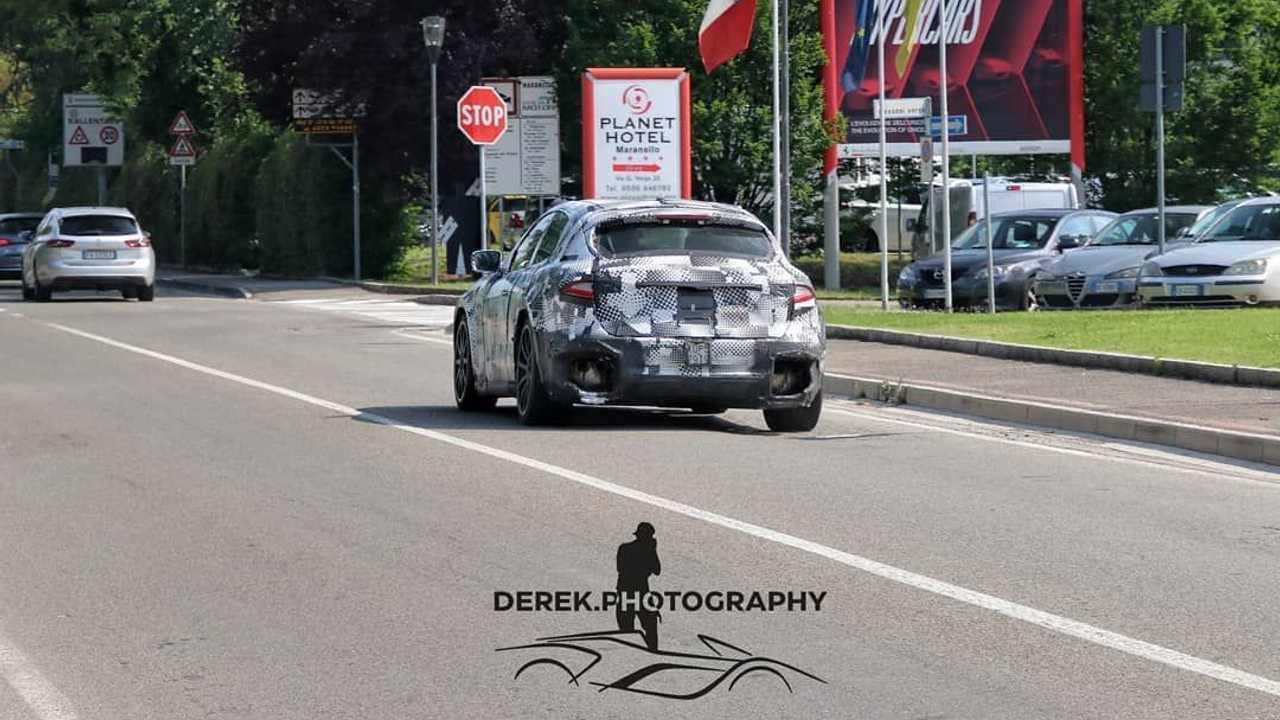 Originally announced in September 2018, the Purosangue (Italian for "Thoroughbred") aims to "redefine expectations," according to Ferrari. It will ride on a newly developed front mid-engine architecture supporting a four-wheel-drive setup, hybrid powertrains, a transaxle dual-clutch transmission, and variable ground clearance likely achieved through air suspension.

The underpinnings will also support various wheelbase lengths and multiple seating layouts, including a fully fledged four-seat cabin planned for the Purosangue. The SUV is getting a rear-seat entertainment system inside what will be a spacious and comfortable cabin, per one of the slideshows published by Ferrari nearly three years ago. 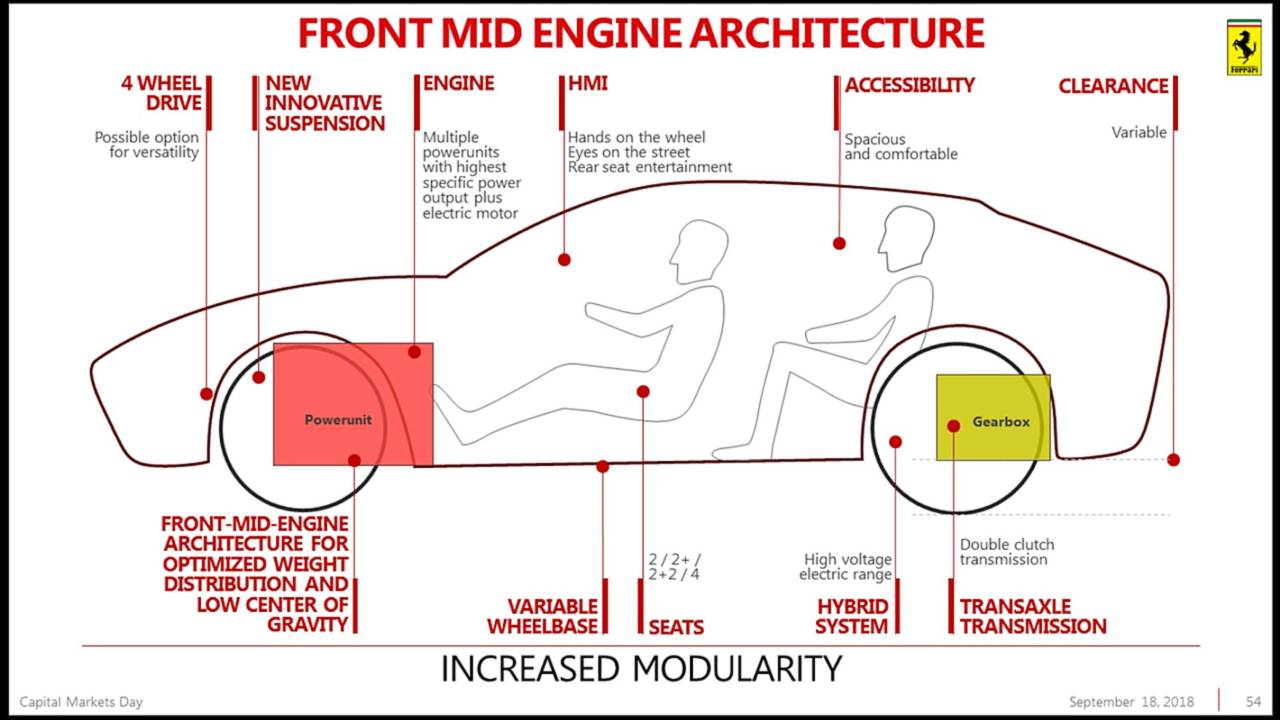 These new Ferrari models – including the Purosangue – will be available with "multiple powertrains with highest specific power output plus electric motor." The Lamborghini Urus and Aston Martin DBX competitor is said to come in V6 and V8 flavors, with a potential V12 version that would go up against the Bentley Bentayga Speed and its W12 engine.

The seemingly longer hood compared to a Levante suggests Ferrari will have enough room to cram in a twelve-cylinder engine, which the Italian peeps have gone on record to say it will stick around. Apparently, the naturally aspirated powerhouse still has plenty of life left in it despite increasingly stringent emissions regulations. Not only that, but the engineers can extract more than the 830 horses available in the 812 Competizione, although such a high-end application of the V12 is likely reserved for a hypercar.

Ferrari will likely commence road testing of its very first SUV with the final production body in the coming months ahead of an official reveal programmed to take place in 2022.