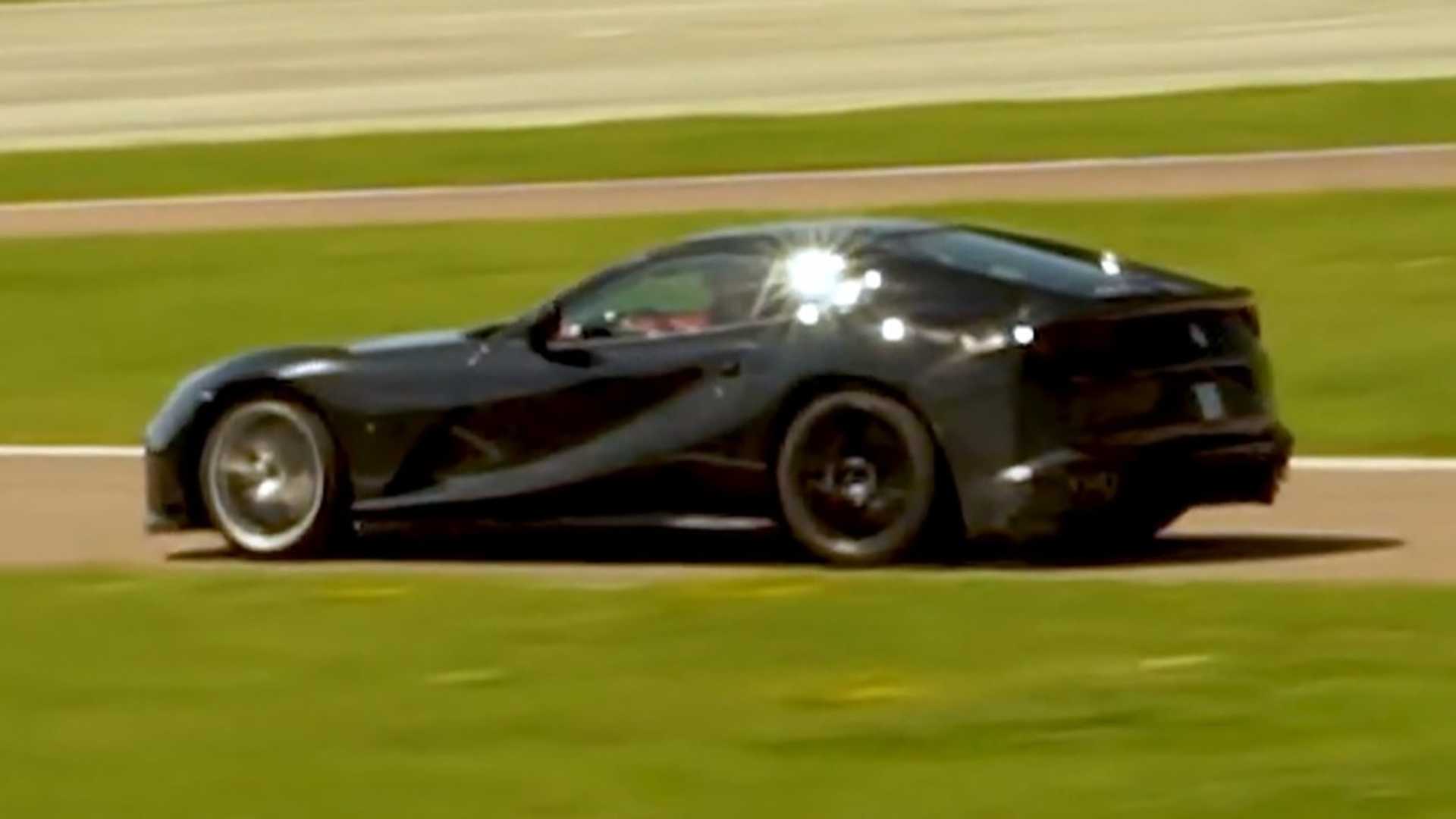 A new day, a new video of an upcoming Ferrari. After catching a test mule of a future hybrid model, Varryx is back to show the whole world what could possibly be a hardcore version of the 812 Superfast. Spied testing in Italy at the Ferrari-owned Fiorano circuit near Maranello, the black prototype had a beefier rear diffuser as well as a different soundtrack compared to the other car.

Details about the new 812-based derivative are shrouded in mystery, but chances are Ferrari’s talented engineers have found a way to squeeze more power out of the 6.5-liter engine. The naturally aspirated V12 pushes out a massive 800 horsepower and 718 Newton-meters (530 pound-feet) of torque in the “standard” 812 Superfast, so anything above these numbers will be the icing on the cake.

See Different Flavors Of The 812 Superfast:

We’ve heard through the grapevine the engine’s redline could be bumped beyond the current 8,900 rpm, although that remains to be seen. Another piece of the puzzle that’s missing has to do with the car’s name, as although rumors suggest it will bear the “GTO” suffix, it’s more along the lines of wishful thinking at this point.

The hardcore 812 Superfast will be the fourth iteration of the model, following the regular version, the Monza SP1 and SP2 speedsters, and the 812 GTS convertible. Speaking of the droptop model, members of the FerrariChat forums in the know claim there will also be a cabrio version of the new V12 range topper from Maranello. Needless to say, production will be limited and chances are most of the cars have already been pre-sold.

Beyond the probable bump in power, a hotter 812 Superfast is also expected to have revised bodywork with improved aerodynamics and upgraded cooling. A weight loss through the use of more carbon fiber is also possible to shave off some fat compared to the regular model's dry weight of 3,362 pounds (1,525 kilograms).

812 “GTO” aside, we’re not excluding the possibility of this car being something else. Much like with yesterday’s 488-bodied test mule carrying a hybrid powertrain, Ferrari might be testing a new or updated engine using a modified Superfast body. One thing is for sure – the V12 still has some life left in it, even in an automotive world that’s constantly under the pressure of stricter emissions regulations.