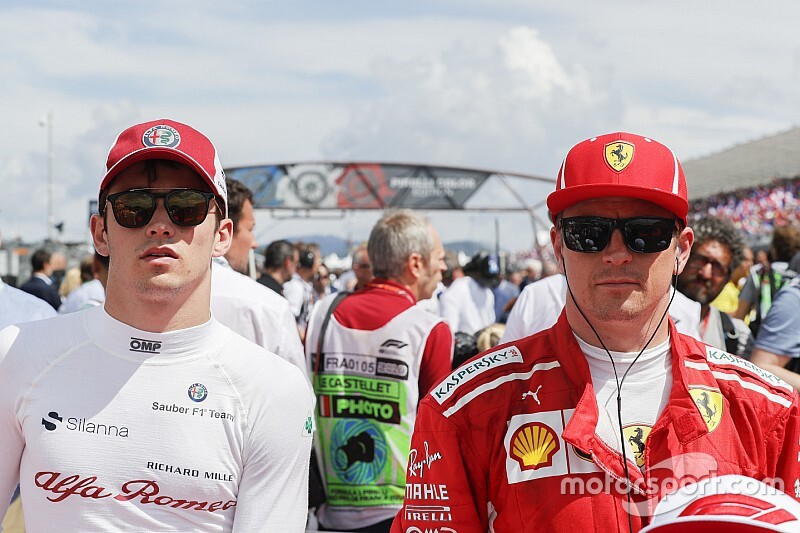 While Leclerc proved himself to be one of F1's top stars last year after getting the call-up at Ferrari, Briatore thinks the Italian outfit should have moved earlier to give the Monegasque youngster more top line experience.

Instead, when Ferrari had the chance to put Leclerc in its car for his rookie season rather than going to Sauber, it stuck with veteran Raikkonen instead.

Speaking to F1's Beyond the Grid podcast about the current crop of drivers in F1, Briatore said: "Leclerc is young. [He has] big balls, because he's demonstrating [that].

"I believe if I was at Ferrari, I would have put Leclerc already two years ago to replace Raikkonen, because, you know, with Raikkonen you are going nowhere.

"You'll never win [anything] with him. You know at the time I would take the risk and put Leclerc [in the car]. Leclerc is a really, really strong guy."

Briatore thinks Leclerc's lack of experience in a top car means he is not yet one of the sport's true superstars, with him convinced Lewis Hamilton and Max Verstappen are a step above the rest of the field.

"Leclerc is not recognisable now," said Briatore. "Verstappen for me is the more incredible driver. He is fantastic in the way he is overtaking, the way he is a gladiator."

And while Hamilton in one title away from matching Michael Schumacher's record seven crowns, Briatore thinks their achievements are not directly comparable.

"Now, is less, the competition. You have two drivers, three drivers....the competition is less than before. For Hamilton, again, nobody put the pressure on to him: he can walk away."

"It is the same for everybody. When Schumacher, somebody get close, he put a mistake, Fernando [Alonso] he put a mistake. Everybody put the mistake. If he's driving like a taxi driver and is winning everything it's because he's a super driver, it's fantastic. Hamilton is one of two star drivers in F1: it's Hamilton and Verstappen."