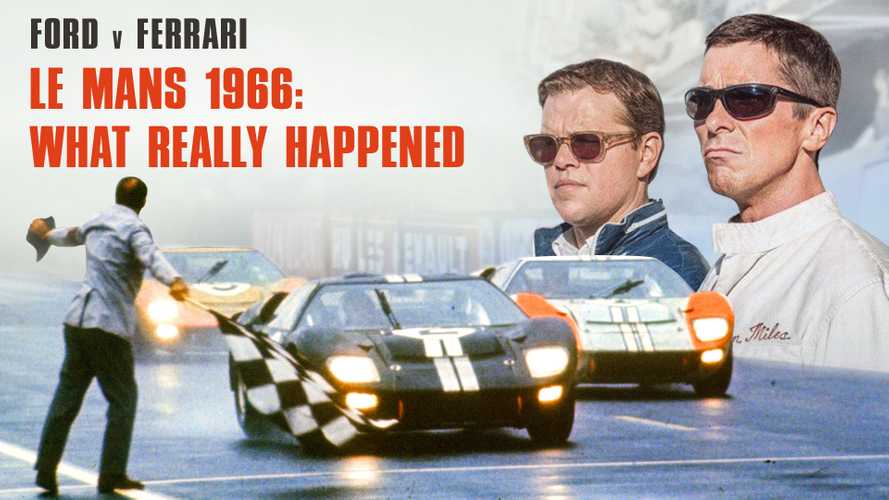 Ford V Ferrari At Le Mans: What Happened Next?

The story of Ken Miles, Carroll Shelby, and the Ford GT40 beating Ferrari at Le Mans in 1966 was showcased to the world via the Oscar-winning 'Ford V Ferrari' movie starring Christian Bale as Miles and Matt Damon as Shelby. But what happened next? Click play above to find out.

Following Miles’s death in testing just months after Le Mans ’66, Ford suffers another blow when Ferrari’s new 330 P4 blows away its GT40s in the 1967 Daytona 24 Hours, scoring a humbling 1-2-3 victory.

But Shelby has the answer with an all-new, American-built machine called the Mark IV. With legendary drivers Dan Gurney and AJ Foyt, it gets its revenge at the next year's Le Mans after a fantastic race, which includes a moment when the leaders come to halt out on track in the most bizarre stand-off in motorsport history!

Narrated by nine-time Le Mans 24 Hours winner Tom Kristensen and using exclusive footage from Motorsport.tv’s Le Mans archive and photographs from Motorsport Images, the documentary video above tells the story of what happened next featuring interviews with a host of motorsport experts – and Miles’s son Peter, who chillingly recounts the day his father died.

Check out more of Le Man's amazing past in Motorsport.tv's collection of videos entitled "24 Hours of Le Mans: The Great History."