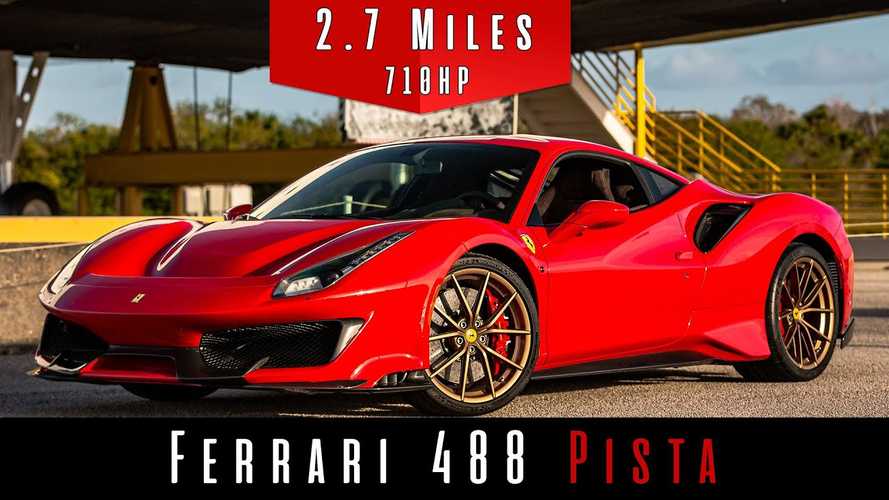 How fast does it go?


When a video opens up with a Ferrari parked next to a Space Shuttle, it’s probably going to be a good one. That holds especially true when it’s a new top-speed run from Johnny Bohmer Proving Grounds, which uses the former Space Shuttle runway in Florida to wring out all kinds of high-performance machines. We’ve seen everything from stock Camaros to race-prepped Porsches and even a mental Dodge Viper with 1,400 horsepower (1,044 kilowatts) blast down the 2.7-mile stretch of straight-and-true concrete. Now, it’s time to enjoy the sights and sounds of a Ferrari 488 Pista going full tilt.

In the unlikely event you’ve forgotten, here’s what the Pista brings to the table. Behind the driver is a 3.9-liter twin-turbocharged V8 that develops 710 hp (592 kW), channeled to the rear wheels with assistance from a seven-speed dual-clutch gearbox. According to Ferrari, the sprint to 60 mph takes just 2.8 seconds. Flat out, the folks from Maranello say the race-inspired Pista will reach 211 mph.

Of course, the headline already told you this particular Pista is faster than that, but by how much? The telemetry shows a mild launch – estimates suggest the 0-60 run was in the four-second range – but once rolling the Prancing Horse absolutely storms past 150 mph in approximately 14 seconds. We see a minor dip in acceleration around 160 mph, and again at 175 mph, but the rate doesn’t dramatically slow until the 200 mph mark. Even then, speed continues to creep up one mph at a time until the wall hits at … 212 mph.

And it’s not like that velocity was reached just before the shutdown area. The Pista holds 212 mph for a full 10 seconds prior to lifting at the 2.7-mile mark. The official speed as reported by the video is 212.6 mph, but we can’t help wondering if there’s some kind of speed limiter in place. That’s almost dead-on Ferrari’s published 211 mph claim, which by itself wouldn’t be a big deal if the Pista’s slow-but-steady acceleration didn’t abruptly stop. However, aerodynamics are a tremendous force at such speeds, and that glorious V8 tone never wavered. The power was definitely on for those final seconds of the run.

What’s next for Johnny Bohmer Proving Grounds? Like you, we're patiently waiting for the next supercar sprint to grace our screens. 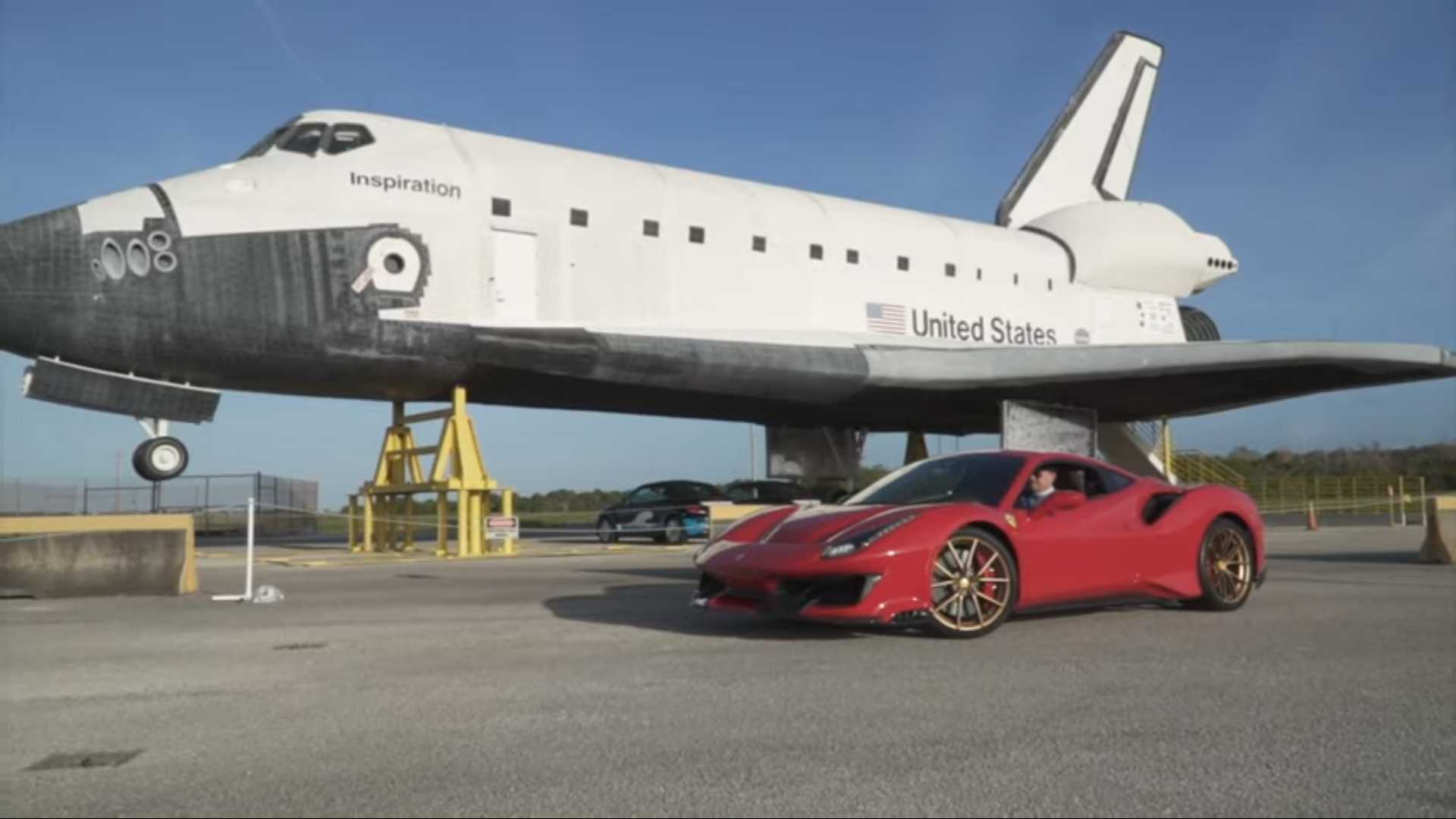 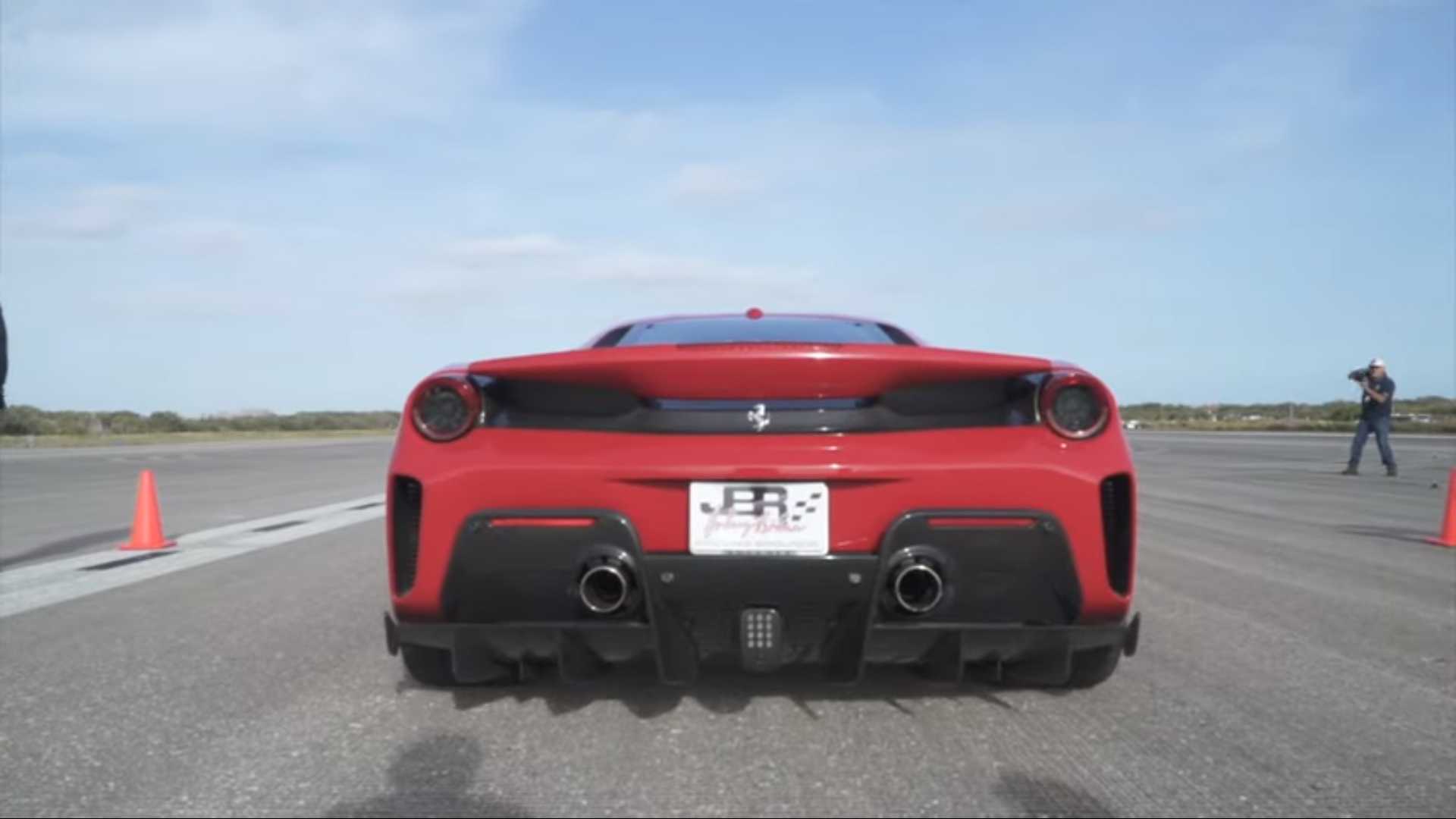 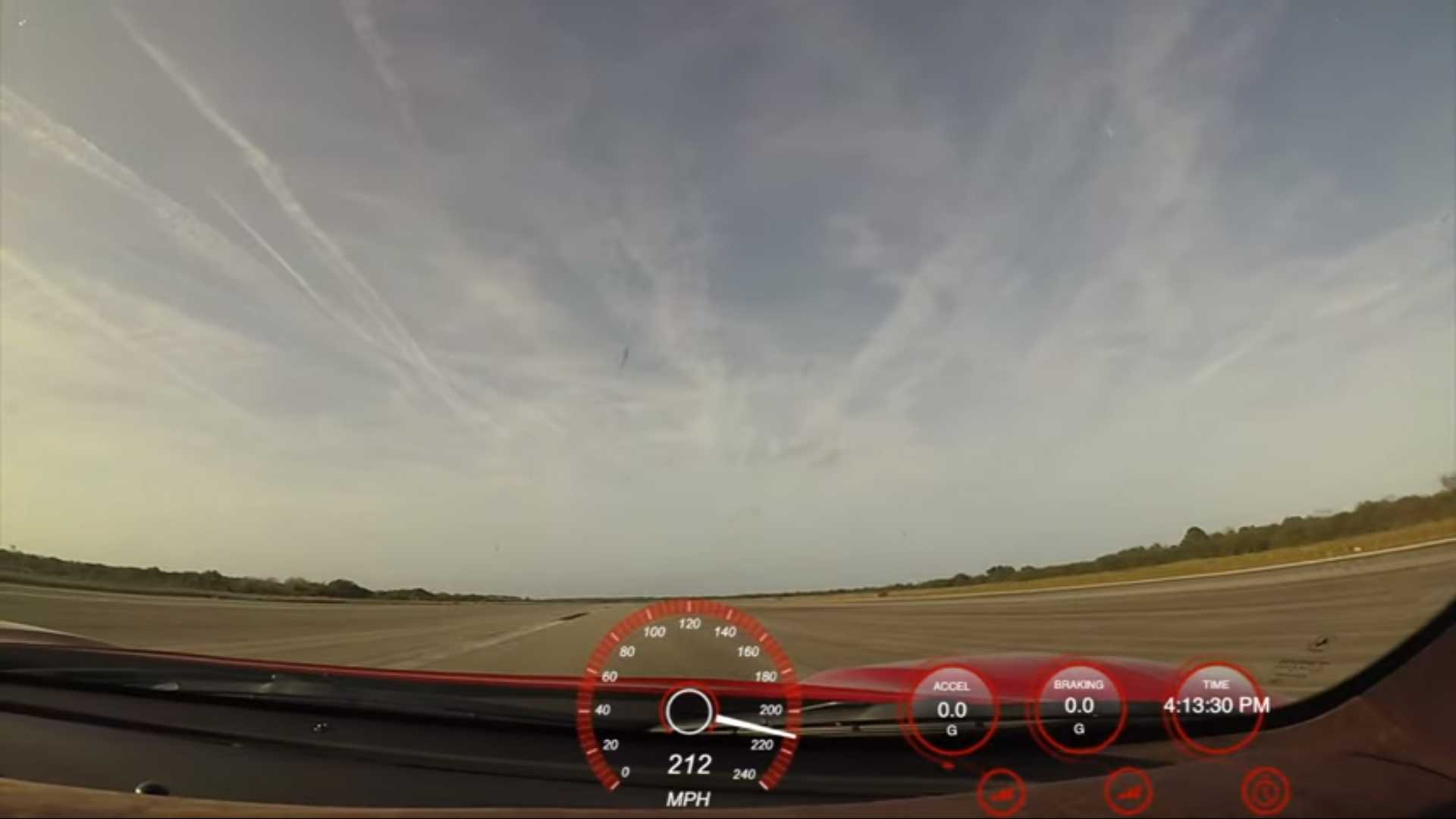 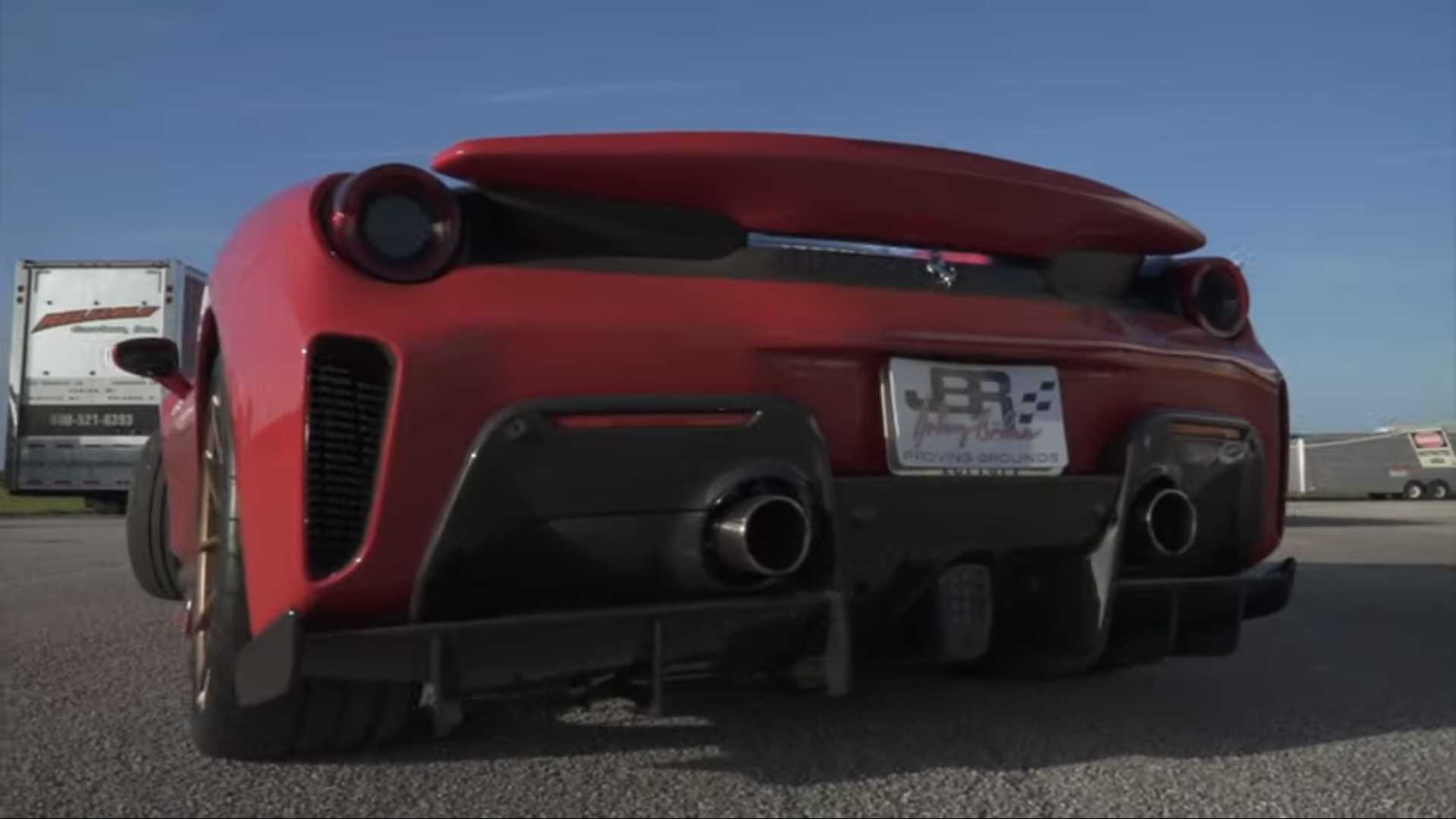 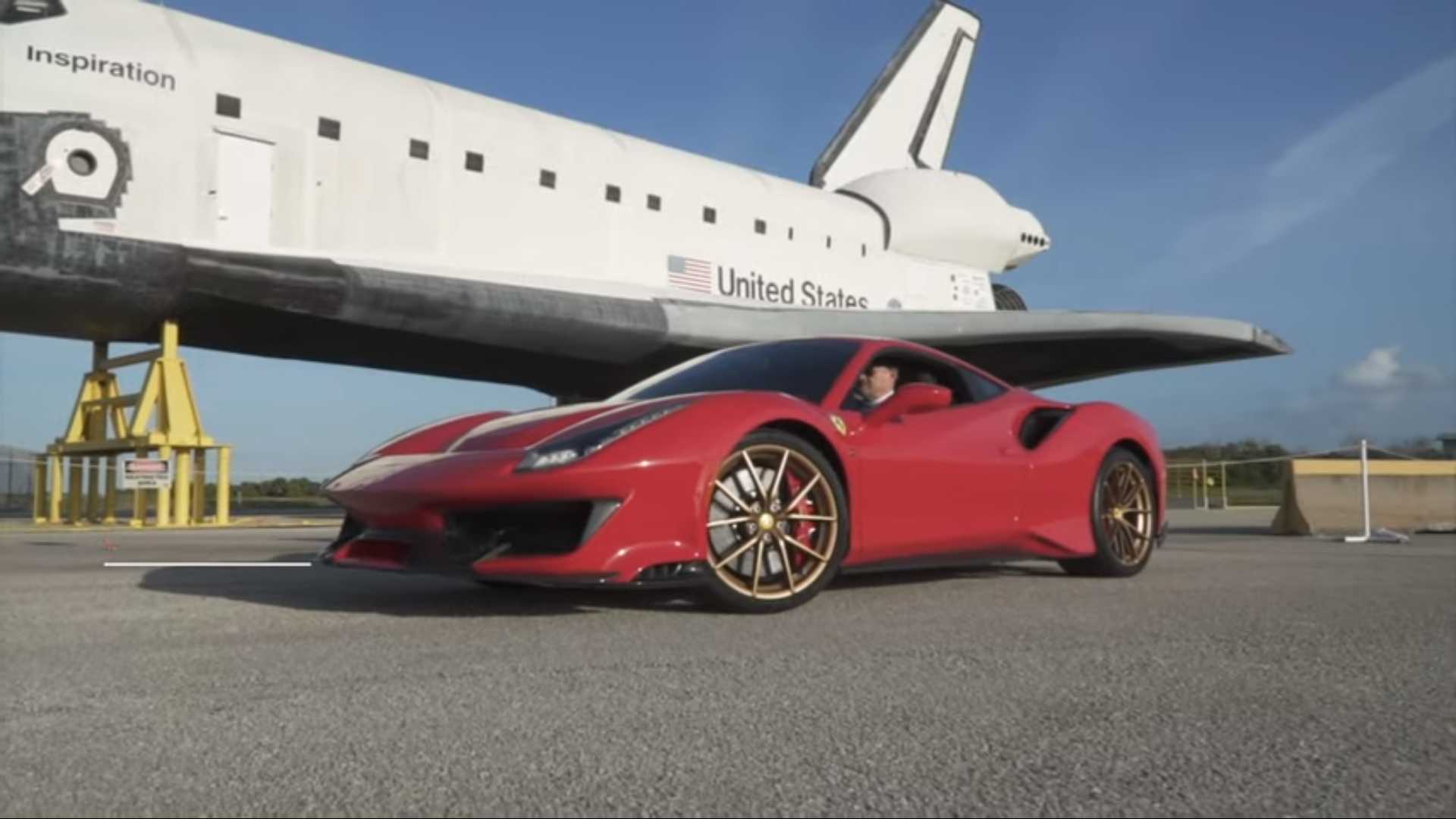