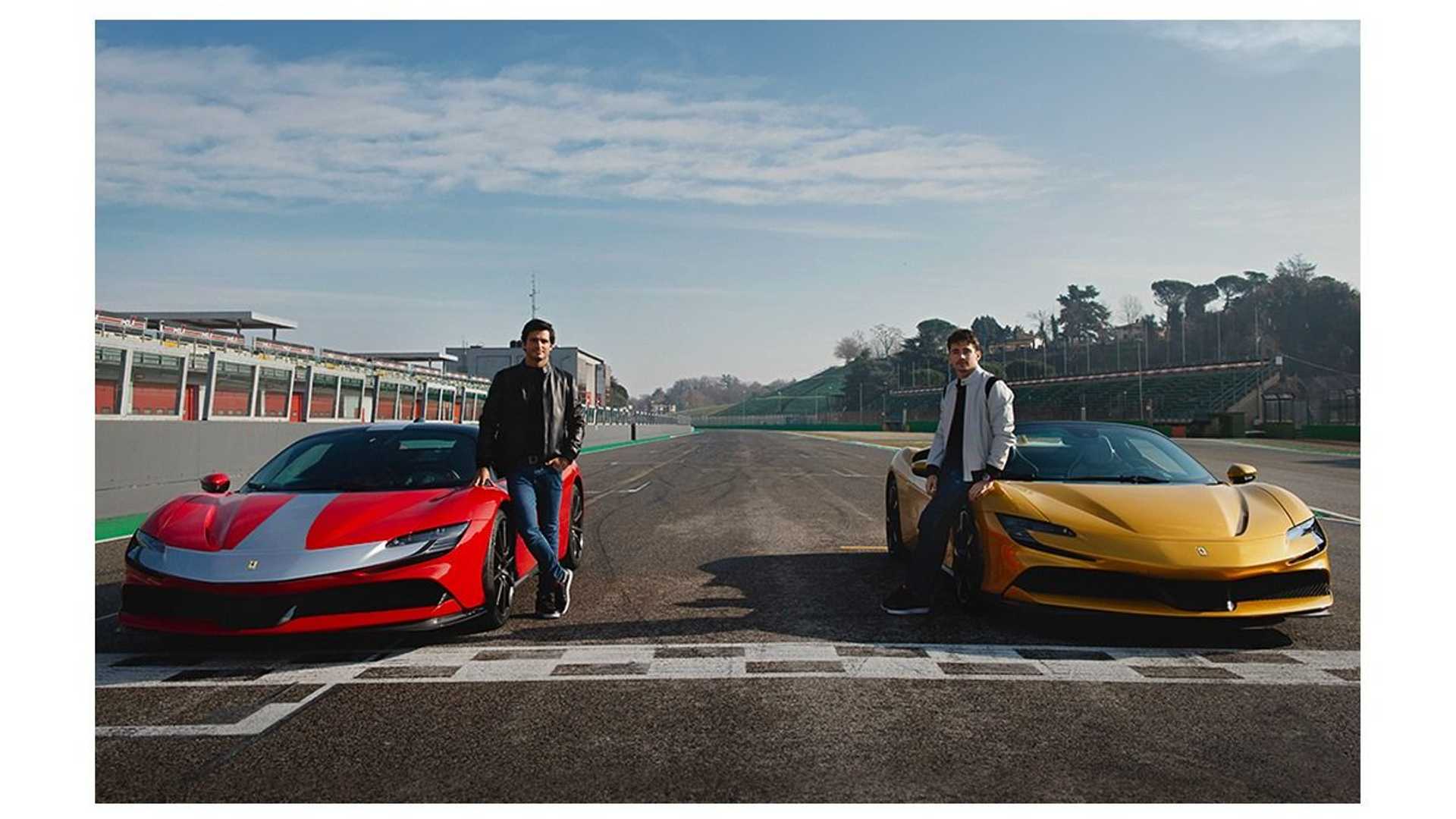 It’s a hard life being a racing driver.

Season three of Formula 1: Drive to Survive is out, the 2021 Formula 1 season begins this weekend, and all is well in the world of motorsports. After Sebastian Vettel’s messy divorce with Ferrari last year, Carlos Sainz has moved over to the Scuderia after several very successful years with McLaren. Before a proper duel in F1 machinery, Sainz and teammate Charles Leclerc had the opportunity to take two Ferrari SF90s for a blast around the Imola circuit.

The duo of hypercars includes an SF90 Stradale Assetto Fiorano and the SF90 Spyder. Differences aside, each vehicle put an ear-to-ear grin on the face of both world-class drivers. With 986 horsepower (735 kilowatts) of grunt on tap thanks to three electric motors – two at the front and one at the rear – supporting a twin-turbocharged 4.0-liter V8 engine, it’s hardly surprising that Sainz and Leclerc were so giddy behind the wheel.

It’s often said that the Italian automaker produces its best road vehicles when the F1 outfit is struggling. While that’s not entirely wrong – especially with the Scuderia’s 2020 performance – the new driver lineup aims to bring the team back to the front of the grid.

F1 folklore aside, many of the design elements in the SF90 look tremendous while providing downforce to keep the vehicle stuck to the tarmac. Chief Design OfficerFabio Manzoni described his design philosophy as merging engineering and innovation with fascinating beauty. Sure, it may not produce anywhere near the downforce of an F1 racer, but in terms of road-legal vehicles, the SF90 is a trailblazer in finding a new paradigm of performance.

What Else Is New?

With the 2021 Bahrain Grand Prix looming on the horizon this weekend, we are very much looking forward to seeing where Scuderia Ferrari sits in the pecking order. Fingers crossed that it’s an improvement over last year’s season to forget.