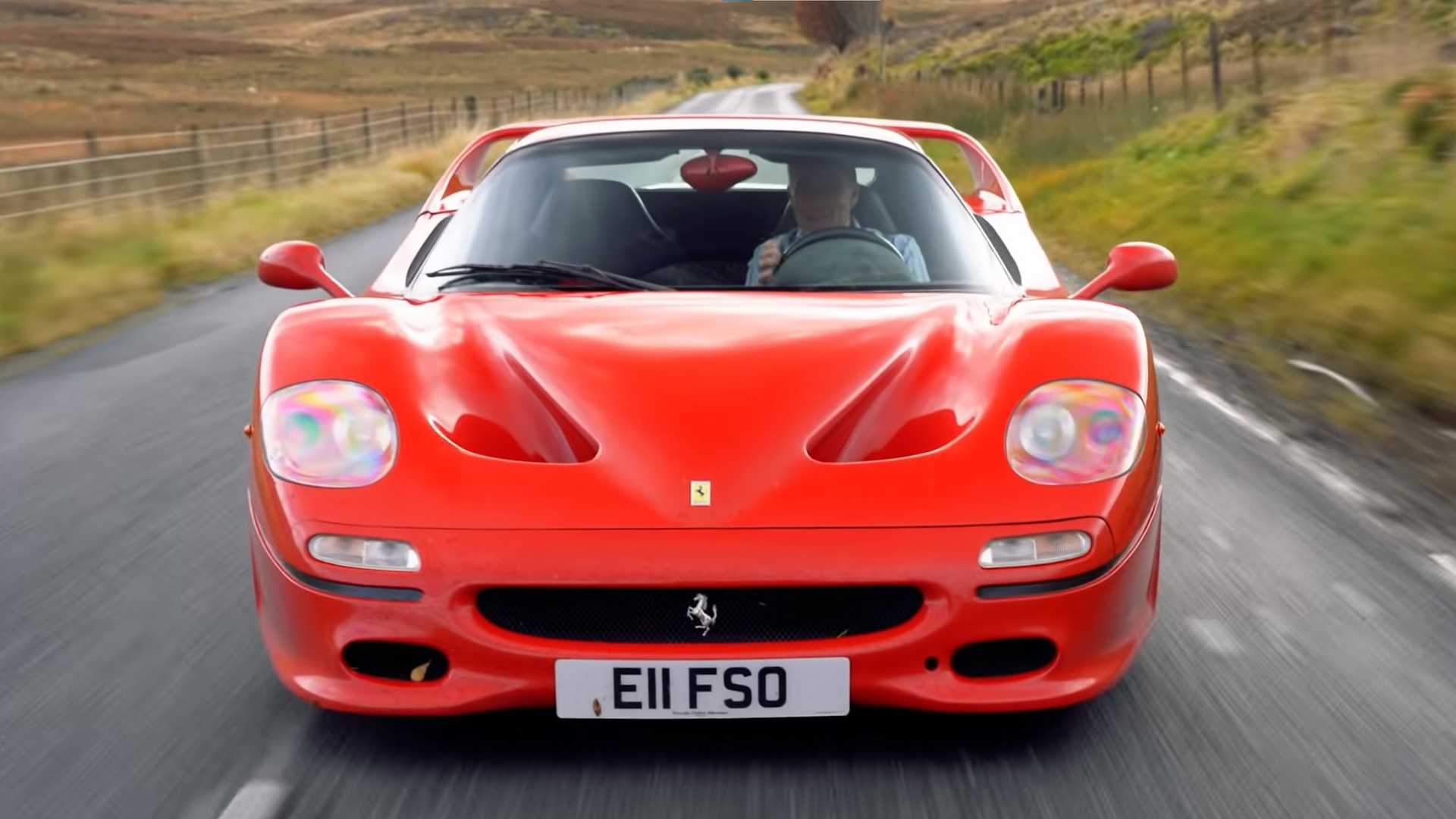 It may come as a surprise to you that not everybody loves the Ferrari F50. Sure, the F40 – often labeled as one of the most iconic cars ever made – was a hard act to follow, but what makes its replacement so great? Lovercars’ latest video fills in the blanks as former racing driver and tv presenter Tiff Needell profiles the F50.

Designed as the Italian automaker’s best effort at an everyday Formula 1 car, it featured similar engineering cues; its powerplant utilized the same 65-degree 12-cylinder configuration as the F1 car, the engine was also bolted to the back of the chassis as a stressed member, and it also featured a carbon monocoque to shroud passengers.

It often gets thrown under the rug, but Needell commented that the celebratory Ferrari may even share some handling characteristics of the F1 car– possibly a bit of a stretch, but we’ll let you be the judge. Citing a hint of understeer, it would have likely complemented Alain Prost’s methodical driving style of being in absolute control; meanwhile, Prost’s teammate Nigel Mansell was notorious for his bombastic style of wrestling the car into submission.

As such, that’s where the similarities between the Ferrari F50 and its 1990 Formula 1 compatriot end. While the semi-automatic gearbox was in its infancy in Formula 1, the prancing horse opted to stay with the gold-standard gated h-pattern in the road car. Aside from other minute differences like the engine displacement and exhaust restrictions, one of the more obvious changes between the racing car and road car was the body.

What's In A Name?

As it would be difficult to sell a single-seater for the road, the Italian automaker opted for an evolution on the F40's focal points. Like it or not, Needell noted that the 50th-anniversary vehicle has its angles, but not all of them are great. One journalist whose name begins with J and ends with eremy Clarkson even went so far as to call it ugly.

Regardless of whether the F50 jumped the gun on the decade marker by a few years, or if its styling is largely contested, it doesn’t take away the fact that it’s a V12 powered Italian supercar painted Rosso Corsa red.