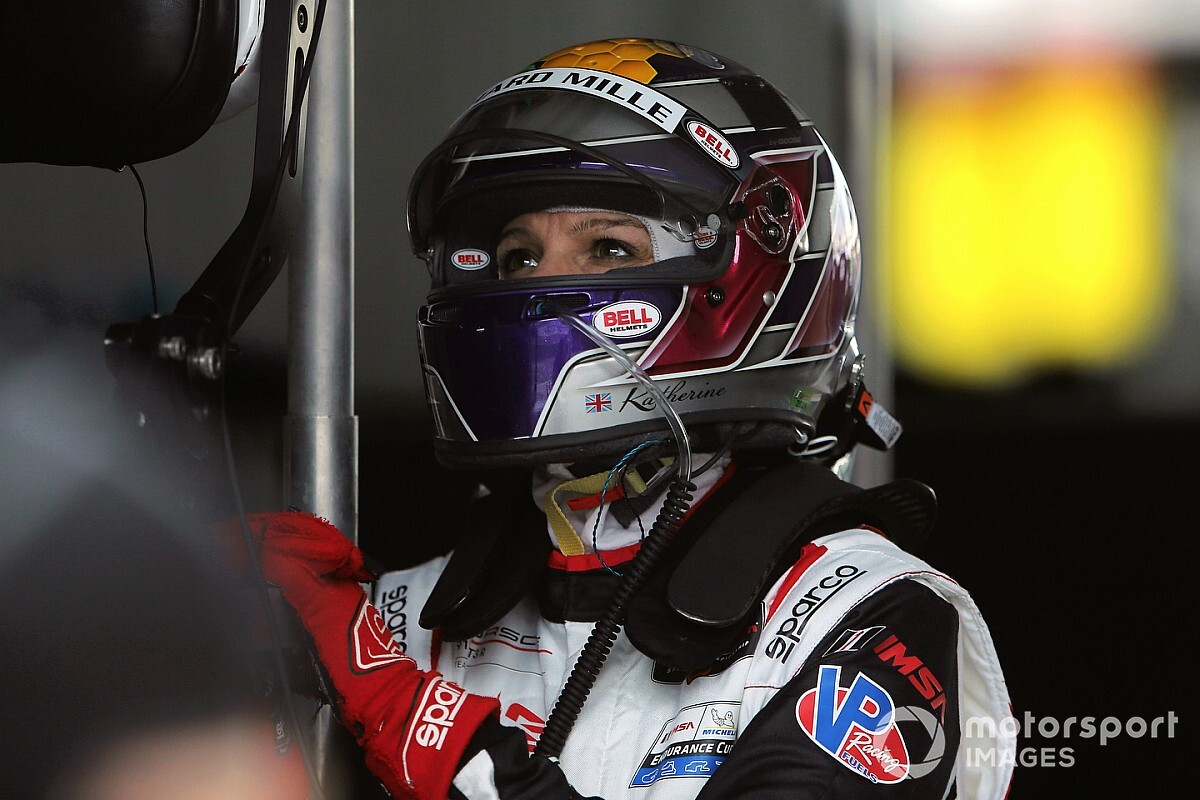 Legge steps up to WEC with Iron Lynx Ferrari team

Katherine Legge will make her debut in the FIA World Endurance Championship in 2021 with the Iron Lynx squad in the GTE Am class.

Legge will join Manuela Gostner and Rahel Frey as part of an all-female crew in one of the two Ferrari 488 GTEs announced by Iron Lynn for its step up from the European Le Mans series.

Michelle Gatting was originally due to partner Gostner and Frey in WEC, continuing their partnership to a third season, but will now remain in the ELMS alongside Emsee Hawkey and Frey.

23-year-old Hawkey is one of the two new additions to Iron Lynx’s roster of drivers for 2021, the other being French teenager Doriane Pin, who has been signed to compete in the Michelin Endurance Cup alongside Gostner.

There is no change in Iron Lynn’s second entry for the WEC, with Claudio Schiavoni, Matteo Cressoni and Andrea Piccini competing as a trio in the outfit’s other Ferrari 488 GTE.

“We are extremely happy that Doriane and Esmee are joining us,” said Deborah Mayer, project leader, Iron Dames.

“In Iron Lynx, they will be surrounded by a group of amazing and very experienced drivers which are sure to help them integrate and develop further within the GT environment. We are convinced that they can do a great job and I wish all of our drivers good luck for the season.”

Legge was sidelined from racing for the majority of the 2020 season after sustaining a broken lower left leg and a broken bone in a high speed testing in the ELMS testing at Paul Ricard. She was due to share Richard Mille’s Oreca 07 in the LMP2 class alongside Sophia Floersch and Tatiana Calderon.

This meant she also ended up missing what was supposed to be her debut outing in the rescheduled Le Mans 24 Hours in September, with W Series Beitske Visser called in as her replacement.

The 40-year-old made her race return at the opening-round of the IMSA WeatherTech SportsCar Championship at Daytona in January with the Hardpoint EBM Porsche team, finishing 10th in the GTD class.

Legge will remain with Hardpoint EBM in IMSA for the rest of the 2021 season, partnering Christina Nielsen in the team's #88 Porsche 911 GT3 R.

The 2021 WEC season is due to begin at Spa-Francorchamps circuit on May 1, two weeks after the ELMS season opener in Barcelona.